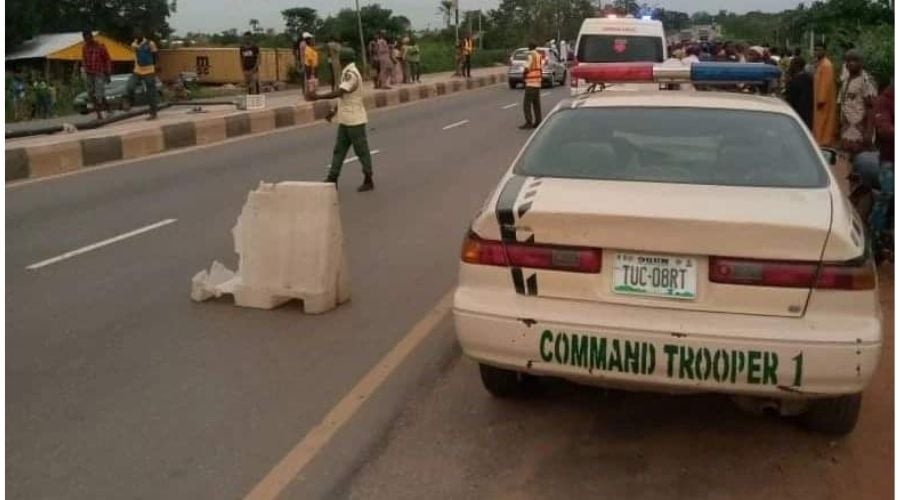 Two passengers, a male adult and child have reportedly been killed in a ghastly traffic crash that occured on Sunday at Kobape junction outbound Abeokuta, PMB Expressway through Interchange, Obafemi/Owode Local Government of Ogun State.

The cause of the accident according to eye witness accounts was overspeeding and loss control on the part of the Toyota Previa driver.

The vehicles it was also gathered were traveling with a total number of 11 passengers. 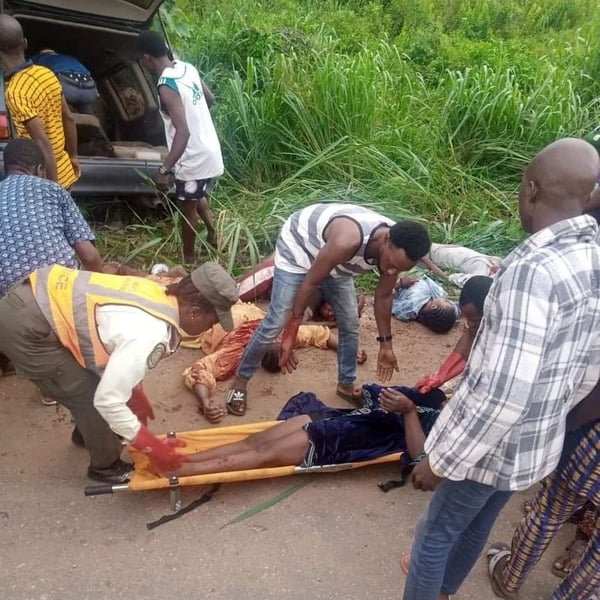 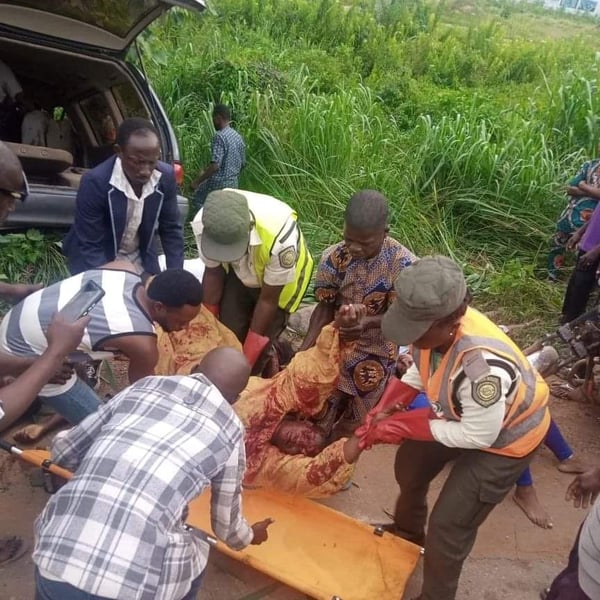 The nine injured victims were rushed to the State Hospital, Ijaiye and Federal Medical Centre, Idi-Aba, Abeokuta by personnel of TRACE.

It was also revealed that one of the children which was initially rescued later died as a result of injuries sustained during the crash at FMC, Abeokuta and the body was deposited at Ijaye morgue.

The corpse of the Toyota previa driver was also taken to Idera Hospital, Sagamu.

The two vehicles involved in the accident were towed to the Obafemi Owode Police station.