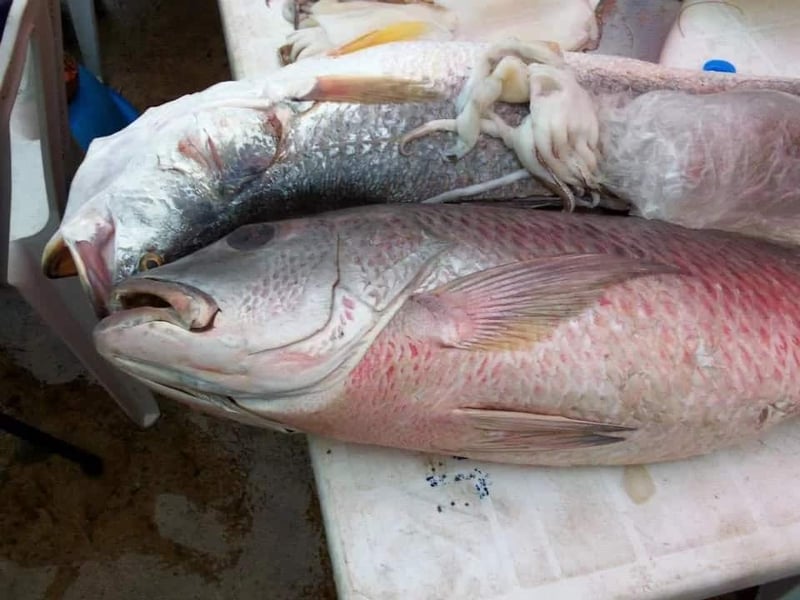 Two men were on Wednesday docked in an Ijede Magistrates’ Court in Ikorodu, Lagos State for allegedly conspiring between themselves to steal 8,383 fish worth N2.5 million.

The police charged Augustine Fred, 39, and Nwite Monday, 36, whose addresses were not given, with conspiracy, breach of peace, and stealing.

They pleaded not guilty to the charge.

The prosecution counsel, Insp Aminu Isaac, said the defendants committed the offence sometime in December. 2021 at No 1, Babakekere close, Igbodu area of Ijede in Ikorodu, Lagos

The prosecutor said that the defendants conspired and stole fish, the property of one Awolaru Olukorede.

Isaac alleged that the defendants at the same time and date also “conducted themselves in a manner likely to cause a breach of peace by disobeying the lawful order given to them by the constituted authority in their place of work’’.

Magistrate G.O. Anifowoshe admitted the defendants to bail in the sum of N200, 000 each, with two sureties each in like sum.

The magistrate adjourned the case until May 19, for mention.