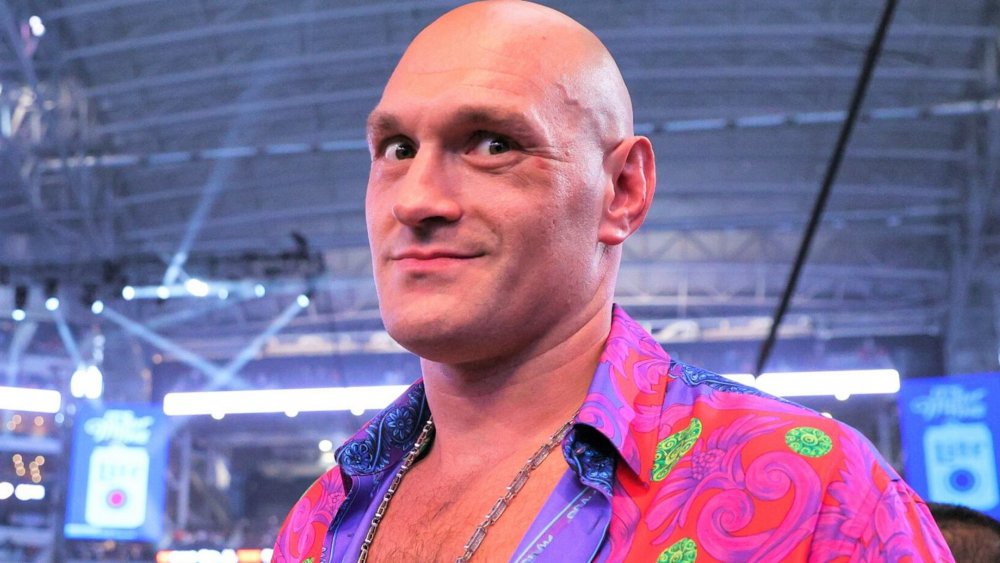 WBC Champion, Tyson Fury marks himself as 'a spartan' while referring to Anthony Joshua and his promoter Eddie Hearn 'businessmen'.

Following the cancellation of Tyson's fight with Anthony Joshua, the WBC Heavyweight Champion will reface Deontay Wilder in Las Vegas on July 24.

Joshua will now face Oleksandr Usyk in September to defend his IBF, WBA and WBO belts.

In an interview with Skysports, Tyson lashed out at the British fighter, Joshua and his promoter Eddie, saying "I'll deal with these guys later - the most important thing to me is Wilder, the most dangerous heavyweight in the world who would knock out Joshua in the first round

I've got to get past Wilder then those guys will get their five minutes of fame. I'll give them the biggest beatdown they have had in their lives.

"As I've told Eddie Hearn, the difference between me and them is they are businessmen and I'm a Spartan.

"This talk of undisputed means nothing to me. I'm not Eddie Hearn or Anthony Joshua. I fight because this is what I do - it's what I was born to do."

Tyson Fury might get another shot at Joshua if he could successfully defend his belt against Wilder later in July.