UAE Sack Van Marwijk As Coach With World Cup Ahead 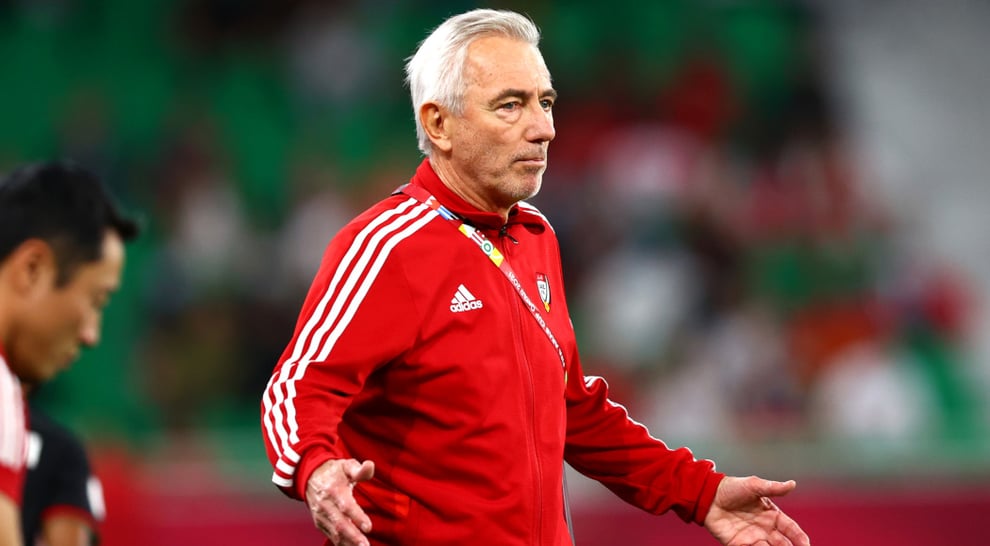 Bert van Marwijk has been fired for the second time as the head coach of the United Arab Emirates with two matches left in Asia's World Cup preliminaries remaining.

The United Arab Emirates Football Association announced on social media on Saturday that the Dutchman, who led his home nation to the 2010 World Cup final, and the team's entire technical staff had been dismissed.

Van Marwijk was in his second spell with the UAE after returning to the role in December 2020.

His initial stint had run for eight months from March to December 2019 until he was fired following a loss to Qatar at the Gulf Cup.

The 69-year-old leaves with the UAE in third place in Group A of Asia's World Cup qualifiers and is still in the running for a place at the finals in Qatar via a pair of playoffs.

The UAE missed out on an automatic berth after Iran and South Korea confirmed their places at the finals last month by securing the top two places in the group.

However, third place in the standings guarantees a playoff against the third-placed team in Group B of Asia's preliminaries, with the winners facing South American opposition in an intercontinental eliminator.

The UAE next face Iraq on March 24, before taking on South Korea five days later.