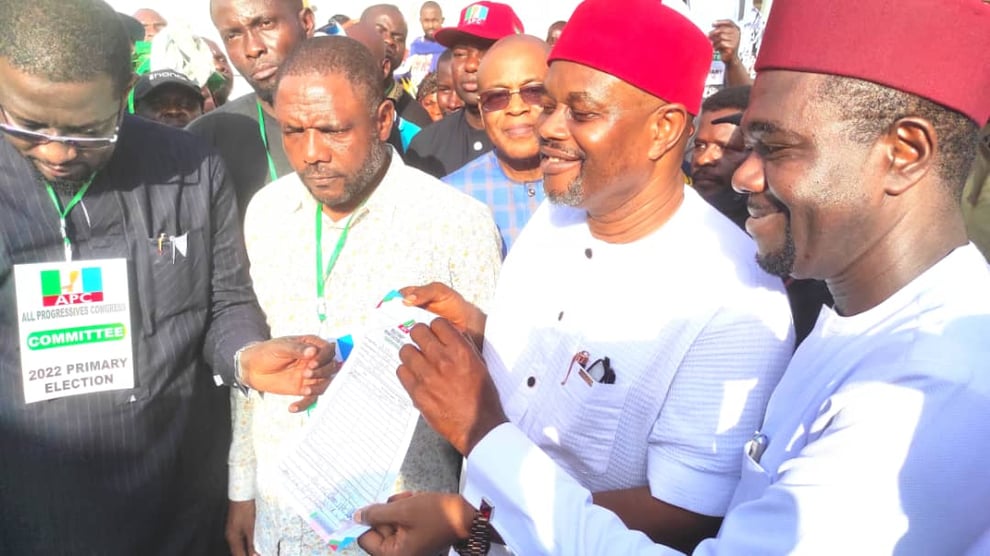 Chief Uchenna Nnaji has been elected as the gubernatorial candidate of the All Progressives Congress (APC) in Enugu State ahead of the 2023 general election.

Nnaji polled a total of 1,070 votes in the party’s Governorship primary which held in Enugu on Thursday.

1,300 elected state delegates drawn from the 260 wards in the state were slated to participate in the primary election.

Speaking shortly after he was declared winner, Nnaji said: “We are saying sorry to you because we are the ones that brought the PDP government and they are making mistakes.

"I’m happy that the person that brought the PDP which is making the mistake has been elected to correct the mistakes and I’m capable of correcting those wrongs.

“The power we seek is to put food on everybody’s table, power to give our people employment, power to secure our people and power to move Enugu state forward.

"We saw what happened in PDP when they brought a candidate that has questions to answer.

"I’ve never even been to any police station. What we are bringing to the people of Enugu state is peace and transparency and I’m not going to fail our people.”

The state chairman of the party, Chief Ugochukwu Agballah appreciated the observers in the election such as the Independent National Election Commission, INEC, stating that with the emergence of Nnaji as the APC candidate, victory for the party was certain in Enugu state.

“You cannot compare darkness with light, the difference is clear and by their fruits, we shall know them.