UCL: Ajax's Haller Scores On Both Ends In Draw Against Benfica 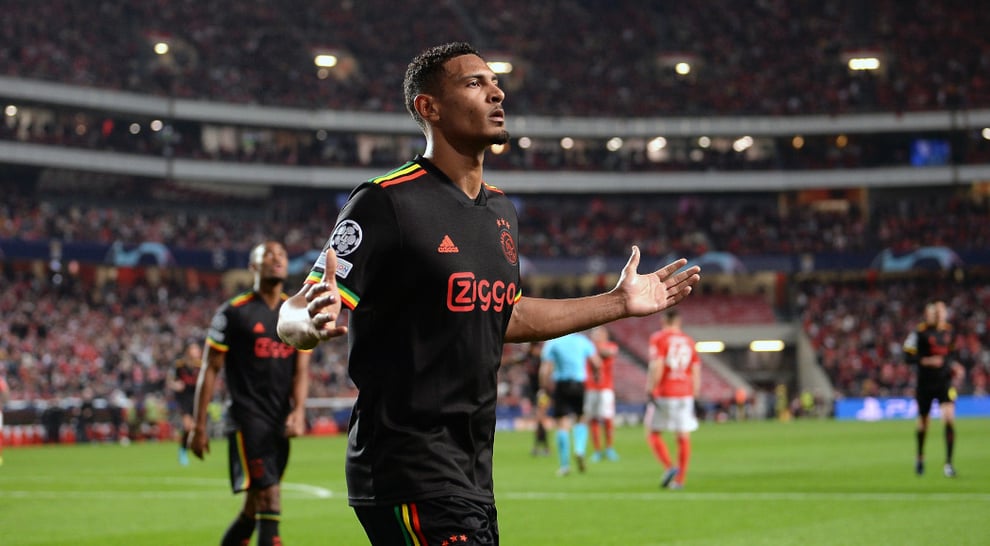 Sebastien Haller continued his scoring spree in the Champions League chipping goals in on both ends to help Ajax to a 2-2 draw against Benfica in their last 16's first leg on Wednesday at Estádio da Luz.

Haller's 26th-minute own goal cancelled out Dusan Tadic's opener for the Dutch champions at the Estadio da Luz in Lisbon, but the Ivory Coast striker then put Ajax back in front just three minutes later.

It was not enough for Erik ten Hag's side to win the game, as Ukraine international Roman Yaremchuk came off the bench in the second half to earn Benfica a deserved draw.

With the goal, Haller has now scored 11 goals in this season's Champions League after ending the group stage in double figures.

Having never played in the competition before this season, he is the first player to score in each of his first seven Champions League appearances.

Only Cristiano Ronaldo, Robert Lewandowski and Ruud van Nistelrooy have scored in more consecutive Champions League matches, with Ronaldo doing so in 11 straight games between 2017 and 2018.

The former West Ham United man is also just the second Ajax player to score 11 goals in Europe in the same season, after Ruud Geels in 1975-76.

However, with UEFA having abolished the away goals rule in Europe, the tie remains firmly in the balance going into the return leg in Amsterdam on March 15.