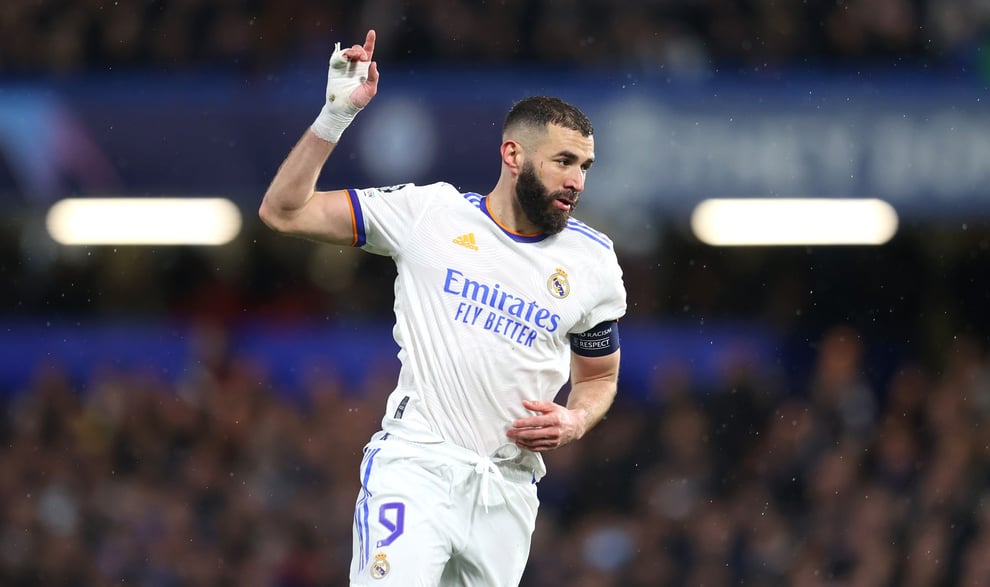 Karim Benzema's hat-trick fired Real Madrid to a stunning 3-1 win against Chelsea that put the Champions League holders on the brink of elimination after a dramatic quarterfinal first leg on Wednesday.

Benzema produced a masterclass at Stamford Bridge as the France striker netted twice in the first half with two perfectly-taken headers.

Kai Havertz reduced the deficit before the interval, but Benzema punished a woeful mistake from Chelsea keeper Edouard Mendy in the second half to complete his treble.

It was the sublime Benzema's second successive Champions League hat-trick after he single-handedly inspired their epic comeback against Paris Saint-Germain in the last-16 second leg.

Carlo Ancelotti's side are in pole position to advance to the semifinals as they return to Madrid for the second leg on April 12.

After losing to Chelsea in last season's Champions League semifinals, Real will have the opportunity to exact revenge at the Bernabeu.

Real won the last of their 13 Champions League titles in 2018 and, while they may not be favourites in this year's tournament, their ruthless victory in west London was a significant statement of intent from the LaLiga leaders.

Chelsea were a shadow of the supremely organised side that marched to their second Champions League crown last year and won six successive games in all competitions before the recent international break.

Blues boss Thomas Tuchel had dismissed Saturday's 4-1 home defeat against Brentford in the Premier League as nothing to worry about.

But in truth that shock loss had exposed some major flaws in Chelsea's defence that Real gleefully exploited.

Ancelotti, who led Chelsea to the Premier League title in 2010, was back on the bench after testing negative for Covid and Real were quickly into their stride.

An incisive counter saw Federico Valverde and Benzema combine to set up Vinicius Junior for a fierce strike that cannoned off the bar.

Thibaut Courtois was mercilessly booed by Blues fans on his return to the Bridge, where he spent seven seasons as Chelsea's keeper before joining Real in 2018.

But there was sweet revenge for Courtois as Benzema put Real ahead in the 21st minute.