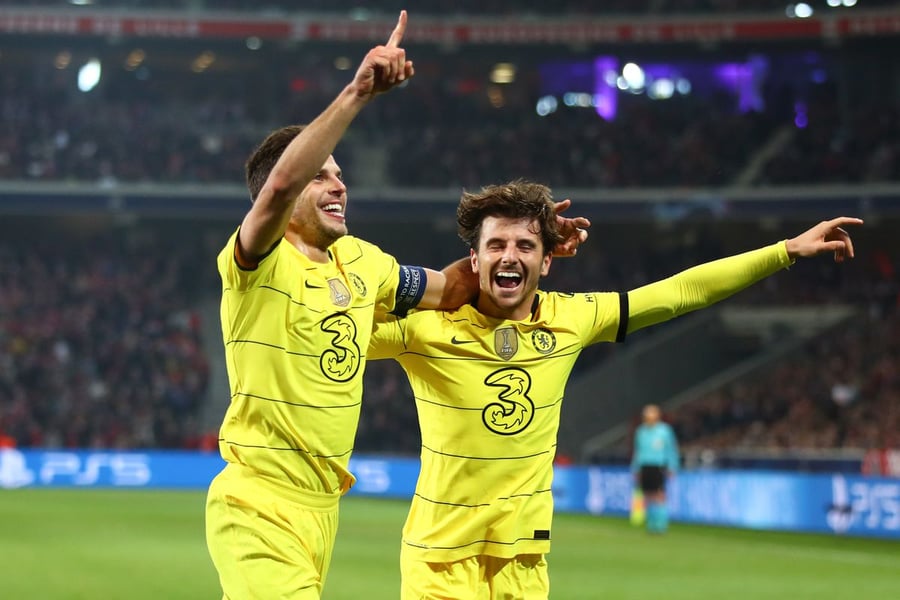 Chelsea have been in winning form amidst troubles from sanctions and again sealed a place in the Champions League quarterfinals on Wednesday as a Cesar Azpilicueta goal clinched a 2-1 win at Lille in the second leg of their last-16 tie.

Reeling from the impact of UK government sanctions imposed on their Russian billionaire owner Roman Abramovich, the London club appeared rattled as they fell behind in northern France to a first-half Burak Yilmaz penalty.

Lille had given themselves a chance of salvaging the tie following their 2-0 defeat in the first leg at Stamford Bridge last month, but Christian Pulisic equalised on the night in first-half stoppage time and captain Azpilicueta got the winner in the 71st minute.

The reigning Ligue 1 champions go out, and following Paris Saint-Germain's stunning exit last week it means there will be no French club in Friday's draw for the Champions League quarterfinals.

In contrast, defending European champions Chelsea make it three Premier League clubs in the hat as they join Liverpool and Manchester City in the last eight.

Coach Thomas Tuchel had insisted there could be no excuses for his team despite the Blues being left in turmoil after Abramovich's assets were frozen, with Chelsea only being allowed to continue operating by the British government under a special licence.

They have been banned from selling tickets and were told they could not spend more than £20 000 ($26 300) per match on travel costs, throwing their plans for this trip across the English Channel into some disarray.

Before kick-off on Wednesday it emerged that the Ricketts family, owners of Major League Baseball team the Chicago Cubs, were leading a consortium looking to buy the club while British athletics great Sebastian Coe announced his involvement in a rival bid.