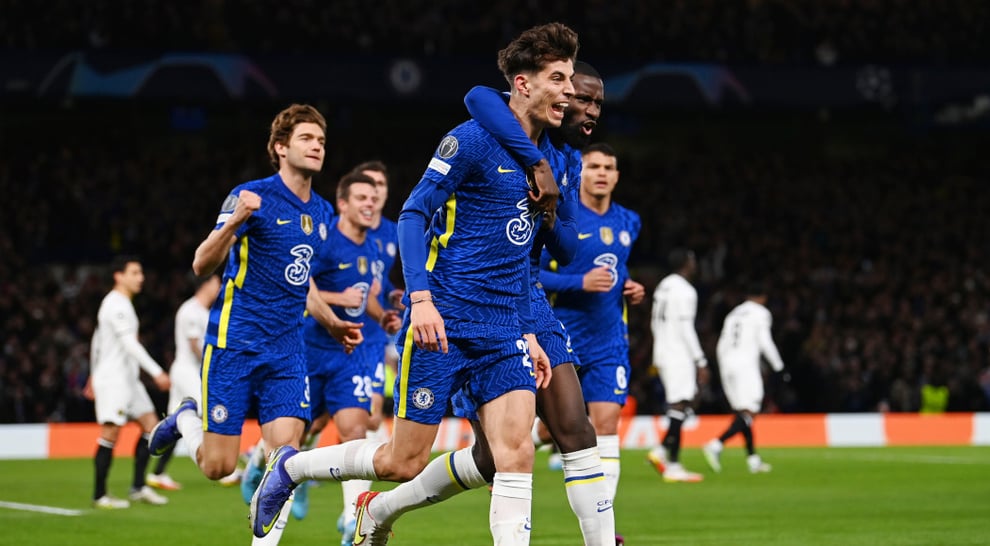 Thomas Tuchel's side took control of the tie early in the first half with just 7 minutes of play, Havertz met Hakim Ziyech's corner with a downward header that bounced in for his seventh goal this season.

Chelsea weren't hindered by the injuries and doubled their lead with a sweeping counter-attack in the 63rd minute led by midfield maestro N'Golo Kante.

Thiago Silva started the incisive raid with a superb pass to Kante, who advanced at pace towards the Lille area before slipping a pass to Pulisic.

Taking two touches, Pulisic steadied himself and clipped a composed finish past Jardim from 10 yards.

The holders will expect to complete their progress to the quarterfinals when they travel to France for the second leg in March.

Prior to the match, Lukaku became a matter of discussion as the Belgian forward's recent form was questioned and leaves a question mark of the ability of Chelsea to retain the trophy.

Lukaku has scored just 10 goals since a club record £97-million move from Inter Milan last year that was expected to launch a period of sustained dominance for Chelsea.

He touched the ball only seven times in Saturday's 1-0 win at Crystal Palace, the lowest total by a Premier League player since 2003-04.

Despite being infuriated in December by Lukaku's public questioning of the way he was being used, Tuchel had appeared to back him on Monday, insisting his problems were no laughing matter.

But, tellingly, Chelsea were more potent in Lukaku's absence and it remains to be seen if Tuchel will trust his beleaguered star in the League Cup final against Liverpool on Sunday.

At least Tuchel knows Chelsea have the ammunition to damage opponents while their supposed leading man labours.

WHAT THE COACH SAID

"For Kai, I'm very pleased. He's been very strong for several weeks now. He really stepped up. The work rate is immense. The areas of the pitch he covers for us is very good. He is never shy of defending," Tuchel said.

"Romelu struggled in the last game to deliver. Not only mentally tired, but physically, which I can understand. It was the moment to take a step back.

"Today we went with other players. For Sunday we have four days to recover and decide who plays."

However, that victory in Abu Dhabi will be only a footnote in the story of Chelsea's season if they don't mount a strong finish to an inconsistent campaign.