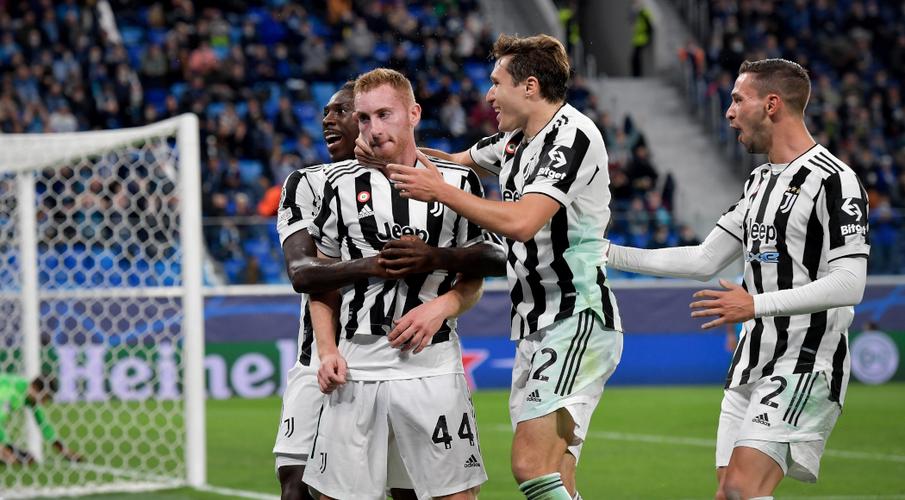 Dejan Kulusevski struck with the decisive late goal to give Juventus a 1-0 win at Zenit Saint Petersburg on Wednesday, putting them within touching distance of the Champions League last 16.

Massimiliano Allegri's side have a perfect nine points from their first three matches and can secure a place in the knockout stage when they host Zenit early next month.

"I was worried the ball wouldn't go in and when I saw it did I felt much better," Kulusevski, who has struggled to make an impression at Juve since arriving last year, told Amazon.

"It's my first goal in the Champions League and a really important win."

It was also Juve's fourth straight 1-0 win in all competitions in a run of six victories on the bounce ahead of a huge match at rivals Inter Milan on Sunday.

Russian champions Zenit sit third in the group on three points, three behind second-placed Chelsea, after the second defeat of their Champions League campaign.

"We have nine points and haven't yet conceded a goal and in two weeks we can make sure of qualification," said Allegri.

"We played badly and we won, that could be a good sign for the game at the weekend."

Before the match Zenit fans unfurled a huge display celebrating Peter the Great and the birth of the Russian Empire in 1721, but the hosts' style of play was far from expansive.

Sergei Semak's team were content to hold off Juve and try to strike on the break in a role reversal for the Italians after their dogged win over Chelsea last time out.

The first half was almost entirely devoid of goalmouth incident, with Claudinho's long-range effort which was well saved by Wojciech Szczesny in the 18th minute the most exciting moment.

Weston McKennie should have put the away side ahead five minutes after the break when he failed to beat Stanislav Kritsyuk after being brilliantly slipped through on goal by Alvaro Morata.

However shortly afterwards Zenit showed they were not just content to sit back when Szczesny had to rush out to block from Wendel before Claudinho curled a dangerous effort just wide in the 57th minute.

McKennie wasted his second good chance of the night with 16 minutes remaining when he flashed a diving header wide from De Sciglio's cross.

But Kulusevski did better than his American teammate when he guided his own header in off the post to snatch what up to that point looked an unlikely win.