UCL: La Liga Football On The Decline Or Just Another Bad Year? By Oladimeji 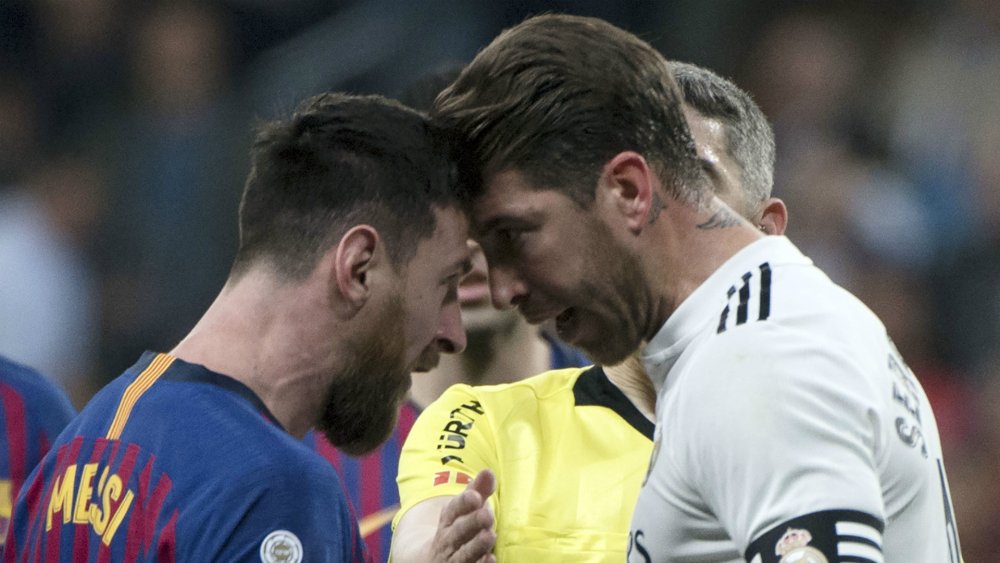 The Spanish Football also known as La Liga has dominated the European competition; Champions League and Europa League in the last 20 years winning it more than any other country in Europe. La Liga teams; Real Madrid and Barcelona have won the trophy 10 times from 2000-till date with other 10 times shared among Portugal, Italy, Germany, and Spain. La Liga thus became the most successful league in Europe with more European trophies. 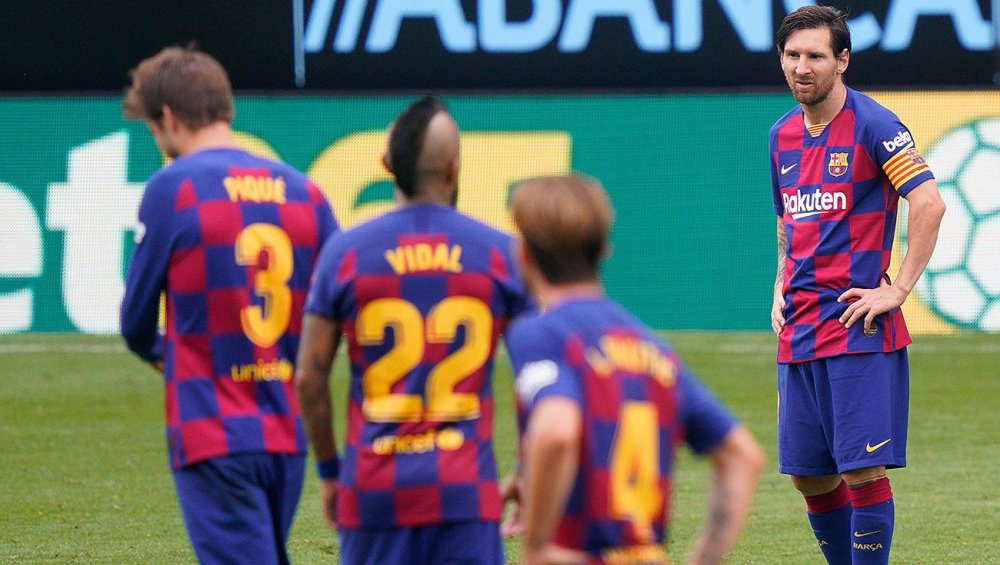 The recent emphatic 8-2 loss by Barcelona to Bayern Munich in Portugal and Manchester City eliminated Real Madrid in the round of 16 losing both home and away fixtures was the final straw to show a huge decline in the power behind the Spanish football. 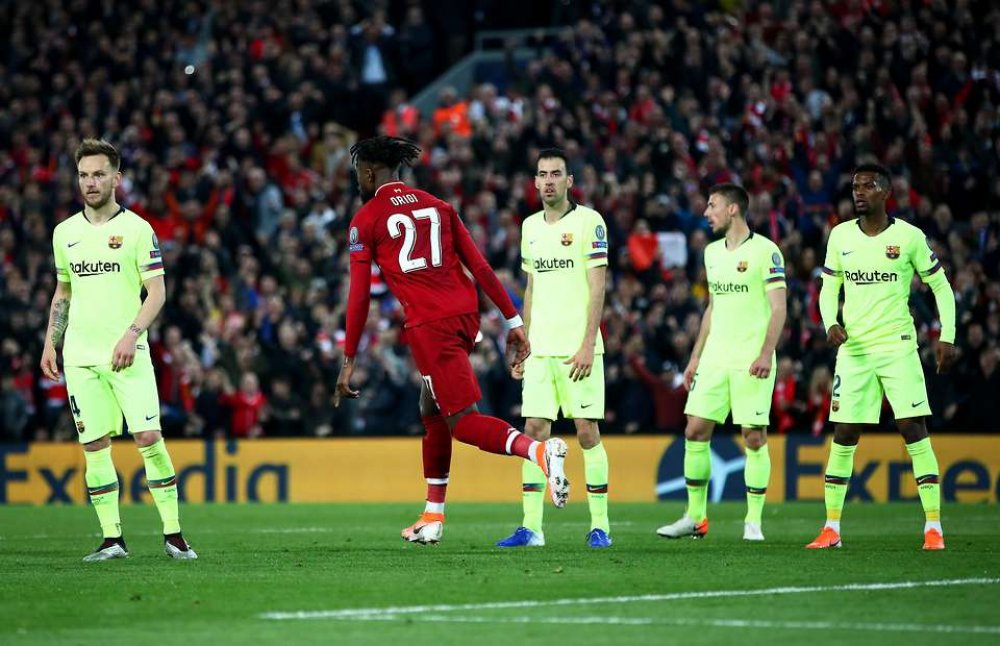 Last season, Barcelona, Atletico, and Real Madrid were not in the final of the UEFA Champions League with the best of them, Barcelona losing at the semifinal stage after already winning 3-0 at the Camp Nou. 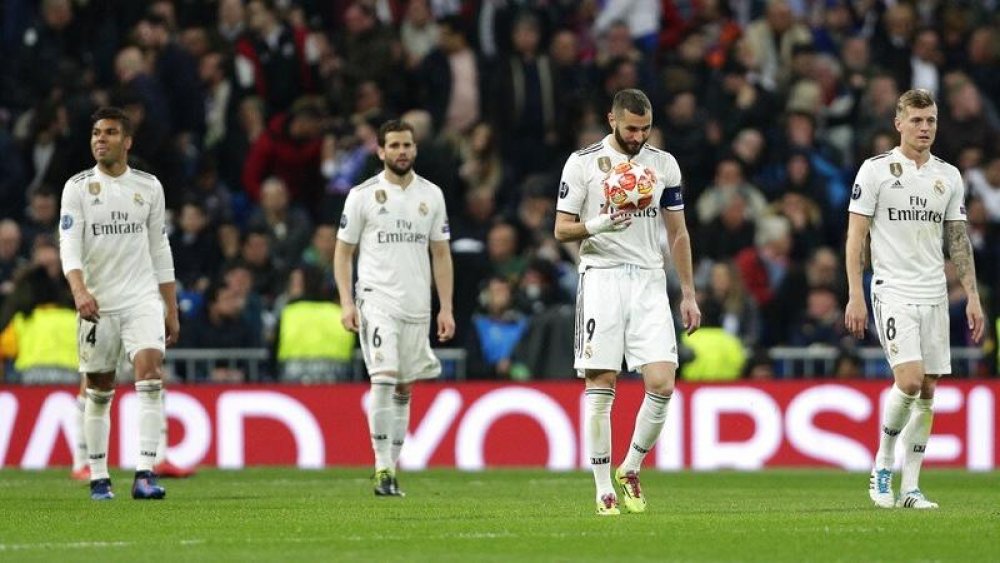 The European competition that year was dominated by England teams; Liverpool vs Tottenham in the UCL and Chelsea vs Arsenal in the UEL while the UEFA Super cup also featured Liverpool and Chelsea.

In the 2019-20 season, All Spain teams are out except Sevilla in the final of the Europa League. Barcelona lost emphatically to Bayern, Leipzig defeated Atletico Madrid and Manchester City eliminated Real Madrid. All Spain giants are out again for yet another season.

READ ALSO:Barcelona: Why Is Messi Struggling In Front Of Goal?

The UCL final will now either feature two German teams, or two French teams, or both countries are represented that is one French team and one German team. Making it the second season in a row without Spanish teams in the final.

A look at possible reasons for such fall in the Spanish team from the most coveted tournament in Europe would mean taking a look at the two most prominent Spanish teams; Barcelona and Real Madrid. 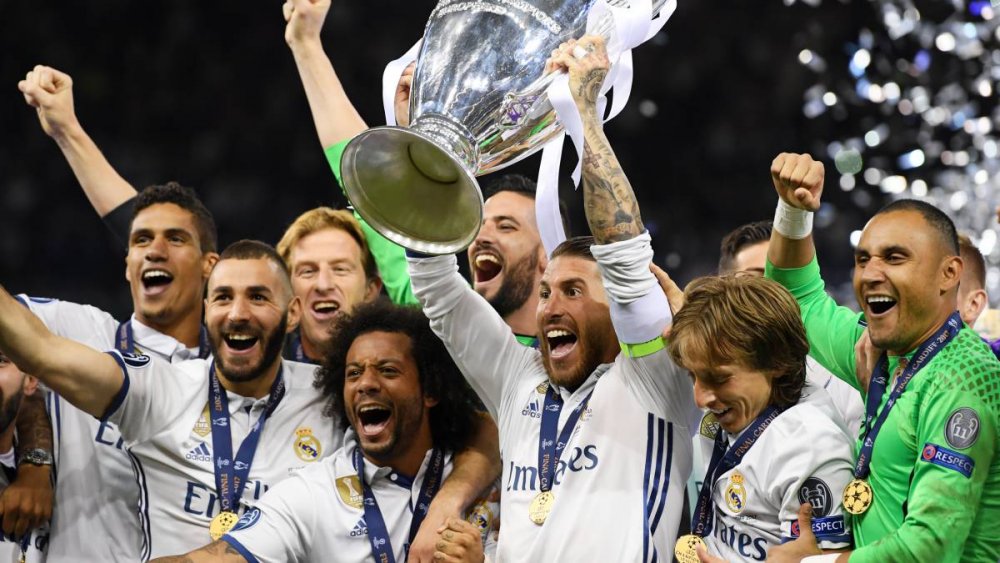 This is the most successful team in Europe and Spain winning the European glory a record 13 times, and La Liga 26 times. They have also housed winners of individual trophies such as Ballon d'Or, Pichichi and European Golden Boot, World Cup, and so on.

They boast of brilliant and exceptional talents in Europe and Spain. Between 2010-2020, they have won UCL 4 times, which means 4 times in 10 years, 3 times in a row and if they are not in the final for another 5-6 years they should not be criticized.

The manner of elimination is what should baffle fans of football around the world and especially Real Madrid fans. They lost the 2018 edition to Ajax at the Santiago Bernabeu (their home ground) 4-1. Fans of the Los Blancos could attribute such loss to the loss of their star man, Cristiano Ronaldo. The following season, 2019-20 they spent over 300 million Euros on Eden Hazard, Luka Jovic, Ferland Mendy, Eder Militao. The same result was experienced with losses at both Bernabeu and away from home at the Ethiad turf. 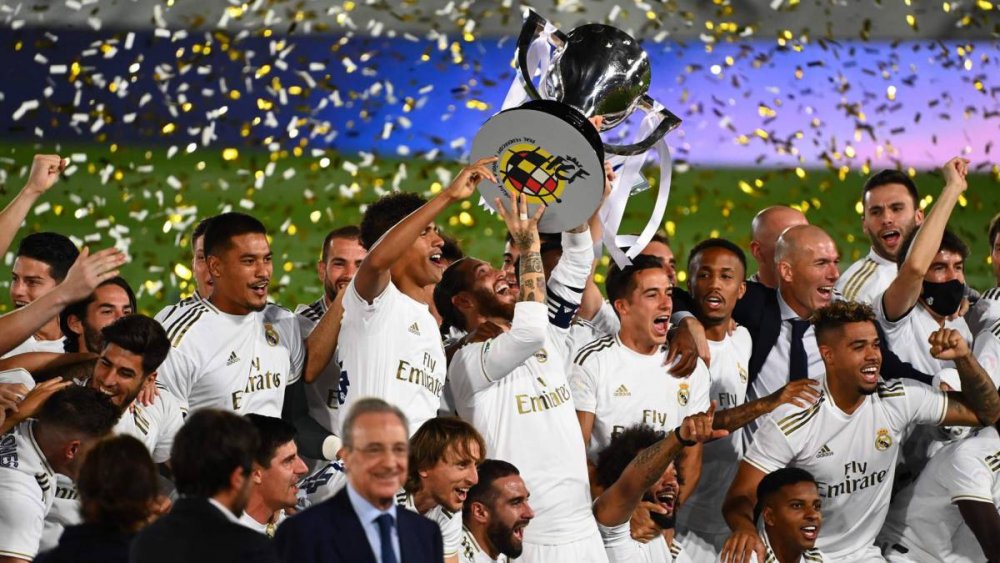 Now, they won La Liga which was compensation to them, but losing out of the UCL is always a defeat especially to one of the competition's most successful sides. There are speculations in pain saying there would be a huge squad overhaul, but how that will contribute to their success is yet to be seen. Most players in the squad are going toward their twilight years and the younger ones are not as talented as the older ones, or yet to reach their full potentials. 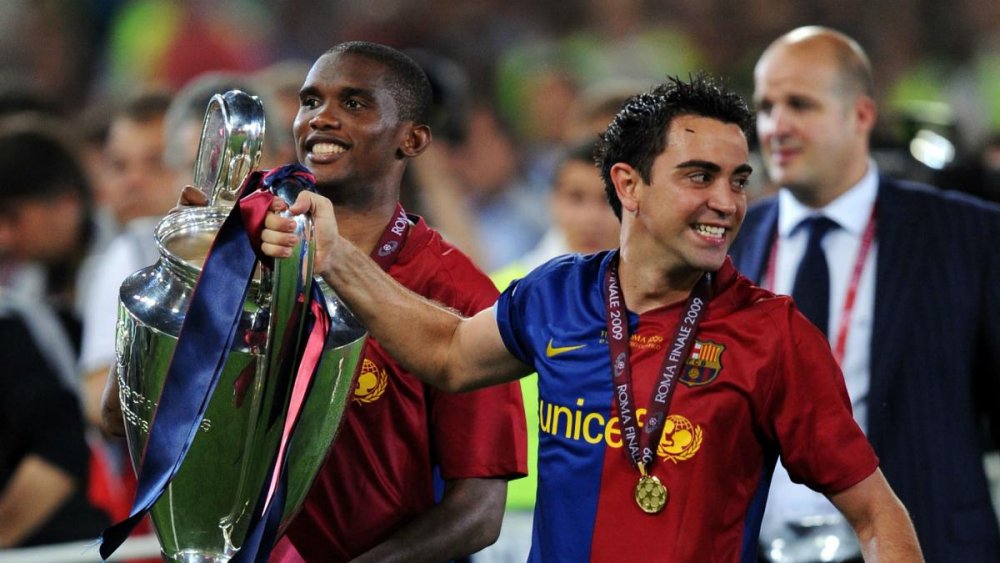 This is one of the best teams in Europe by far and they are considered that not much because of trophies like Real Madrid but more about the style of football they are known for. 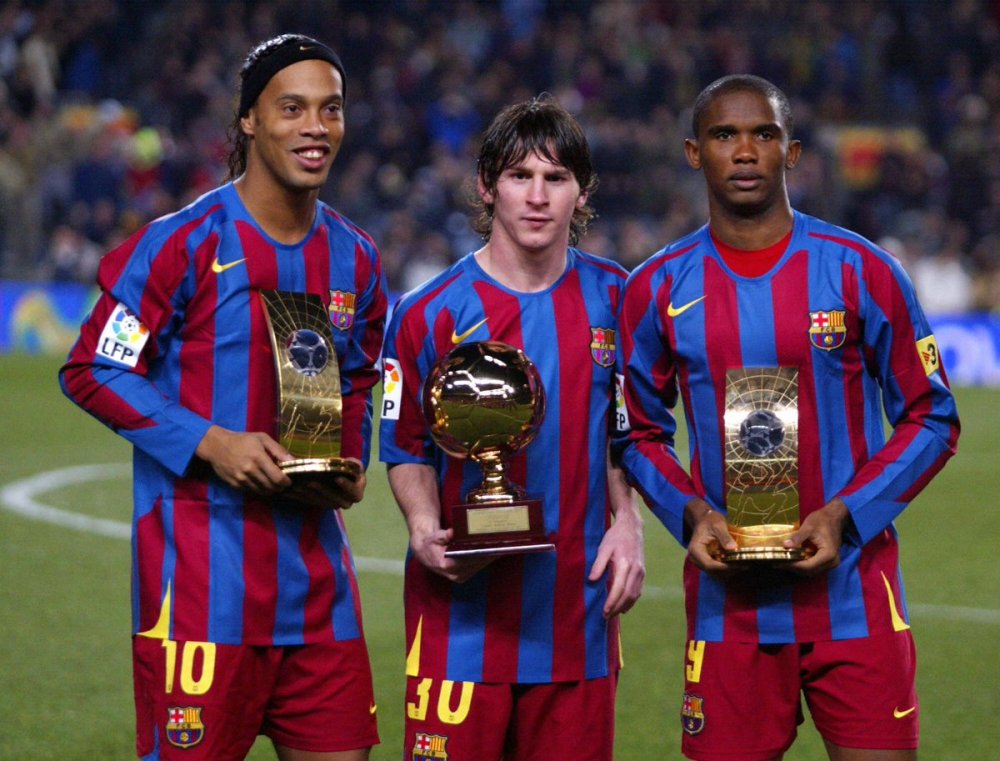 They are known for winning trophies too, they are the only side to have won the treble twice in the history of football and other records their fans boast about. They also house of the best of all time, Lionel Messi who has been instrumental to the team's success both locally in Spain and Europe. 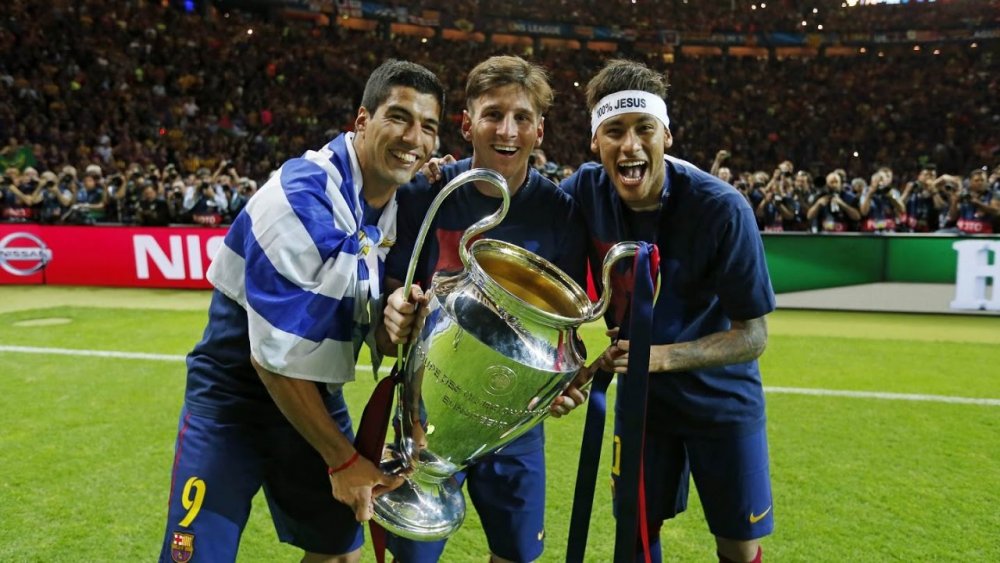 They won the UEFA Champions League last during the 2015-16 season winning all trophies available in Europe with the MSN trident. That was the last time the side got to the final of the competition, that was 5 years ago. They have had excellence at the local level in Spain but lost embarrassingly in Europe.

They lost to Juventus in 2016, 2017 to Atletico Madrid, 2018 to Roma in 3-0 comeback in Rome and 2019 to Liverpool at Anfield but the recent most embarrassing of all is the 8-2 loss in Lisbon, Portugal. The match was a one-leg match due to the coronavirus that struck the whole World but that was not an excuse for the side who had been poor since the start of the campaign even after bringing in Antoine Griezmann, Frenkie De Jong, the evolution of Ansu Fati, Martin Braithwaite and Junior Firpo with all of them summing over 250 million Euros.

All these downtimes are even common in football for big teams across the world but the manner of the losses and defeats are appalling on the part of Barcelona, most of their players are ready in the twilight of their career, disruption in the dressing room, purchase of players who do not fit the club's style, sales of younger players instead of culturing them to become eventual successors, loss of creativity in playing style, loss of tempos in games, conceding goals without intensity in defense, players tackling boards with words and so on.

Fans all over the world are calling for a team overhaul, sales of old players, or possible retirements, purchase of better players, promotion of La Masia graduates into the first team, a better coach appointment with Barcelona DNA, and even changes at the very top levels in the club.

If all these changes are not done, Barcelona and Real Madrid might start to live in the twilight of their years. An excellent example of teams that have faced such extinction from football is teams from Italy; AC Milan, Inter Milan, and Juventus.

Extinction of Italy from Football 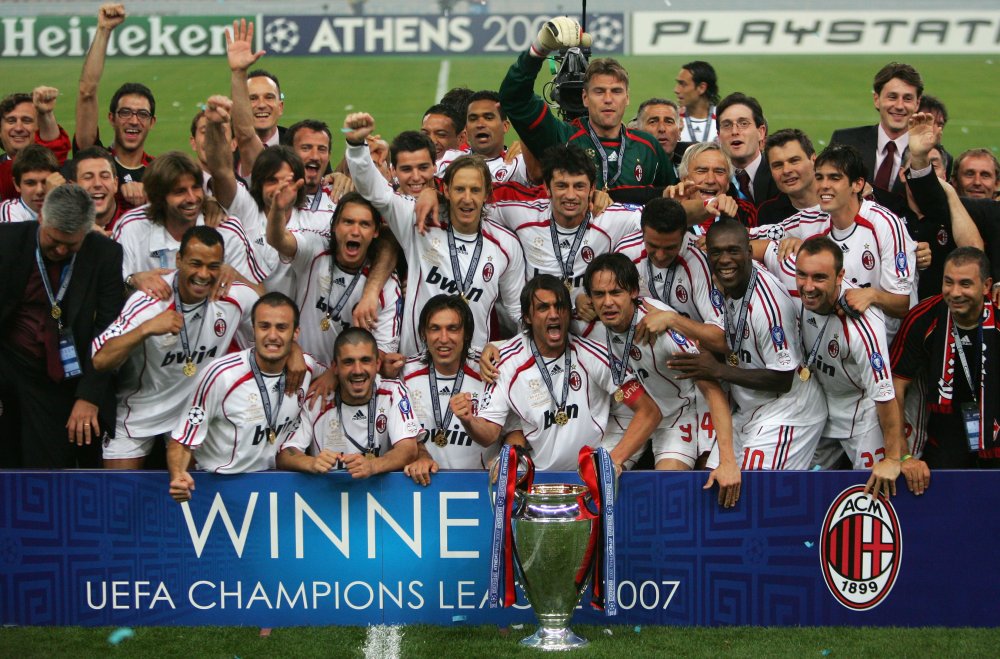 The last time Italy graced the final of the UCL was 2016-17 against Real Madrid and it was a demolition. Before that, it was in 2014-15 against Barcelona which was another defeat. The last time an Italian side won the competition was in 2010, by Inter Milan, that is 10 years ago. In fact, in the last 20 years, Italian teams won the Champions League just 3 times which is not even up to Barcelona win (4). I mean the whole 20 teams in Italy won the CL just 3 times while Barcelona, a single team in Spain has won the competition 4 times in the last 20 years.

Italian clubs were the power of house of football in the early 1980s, 1990s. AC Milan has won the CL 7 times in the club history. In the early 2000s they started to decline, they paid no note till they went into extinction.

The reason for such exile is because old players were not replaced by younger ones and the team lost its tradition little by little till there is nothing to preserve anymore.

The same might be happening to Barcelona and Real Madrid with the old age of Lionel Messi and the loss of Cristian Ronaldo respectively. If they do not rebuild quickly and fast, they might be living in the shadow of their past in a few years.