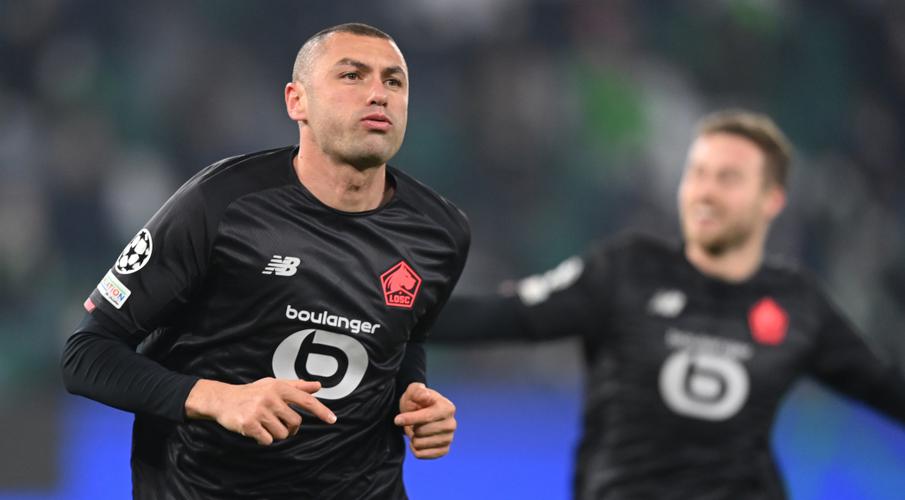 French Champions Lille reached the knockout stage of the Champions League for the second time as they claimed an emphatic 3-1 win at Wolfsburg and top spot in Group G on Wednesday.

The French champions needed a draw to advance but they played with the ambition to end up with 11 points from six games, one ahead of RB Salzburg with goals by Burak Yilmaz, Jonathan David and Angel Gomes.

Wolfsburg, who scored a consolation goal through Renato Steffen, finished bottom of the group on five points and are eliminated from all European competitions.

The German side barely threatened while Lille, who have had a see-saw Ligue 1 season, made the most of their chances in front of barely 6 000 fans.

Jocelyn Gourvennec's side had picked up only two points in their first three group games but they found their groove in a perfect return phase that put them on the brink of qualification ahead of kickoff.

They duly delivered to join fellow Ligue 1 club Paris St Germain into the last 16, which they had not reached since the 2006-07 season, when they were knocked out by Manchester United.

They went ahead in the 11th minute when Yilmaz netted with a left-footed effort after being set up by Nanitamo Ikone at the end of a quick counter-attack.

Wolfsburg stepped up a gear after the break but it was Lille who found the back of the net again in the 72nd minute after a quick combination between Gomes and David had put the hosts' defence off balance.

Five minutes later, Gomes, who had come on as a 68th-minute substitute, wrapped it up with a right-footed shot courtesy of Ikone's second assist of the night.

Steffen pulled one back with a nice 20-metre strike one minute from time but it was too little, too late for Wolfsburg.