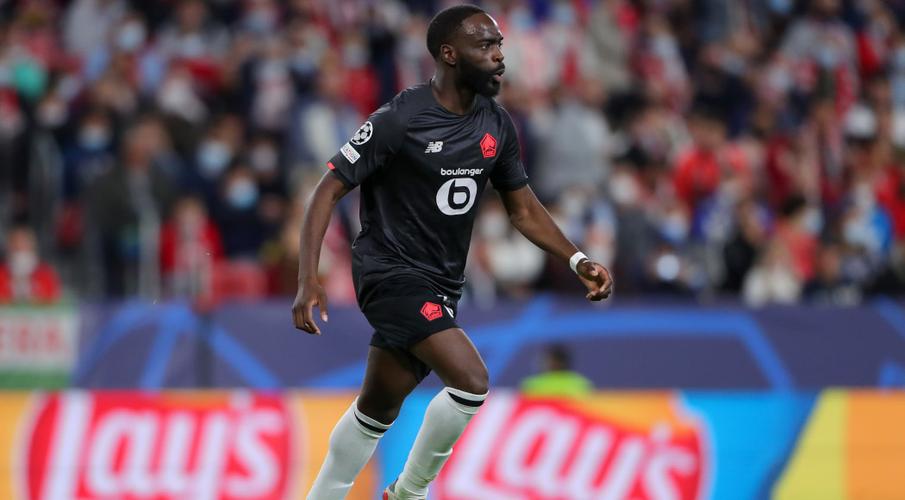 Jonathan Ikone scored a second-half winner as Lille fought back to claim a 2-1 victory over hosts Sevilla in their Champions League Group G clash at the Estadio Ramon Sanchez Pizjuan on Tuesday.

Lucas Ocampos put Sevilla ahead inside 15 minutes but Jonathan David equalized from the penalty spot just before halftime and Ikone scored a second to hand the French champions a potentially crucial win, their first in the competition in 13 matches stretching back to 2014.

RB Salzburg lead the group with seven points from their four games, with Lille ahead of Wolfsburg in second place on goal difference. Both teams have five points, while Sevilla are on three.

Lille will host Salzburg in the penultimate round of the group stage on November 23, while Sevilla welcome Wolfsburg with the top two places in the group still wide open.

The night started well enough for Sevilla, who took the lead as Ocampos turned home the rebound after Lille goalkeeper Ivo Grbic could only parry a Rafa Mir shot into his path.

They were fortunate not to give away a penalty just minutes later when David appeared to be upended in the box by a sliding challenge from Thomas Delaney, but the on-field match officials and video assistant referee saw nothing wrong.

Delaney might have got away with that one, but he did concede a spot-kick five minutes before halftime when his flailing arm caught Jonathan Bamba in the face.

Canadian David converted the penalty for his first Champions League goal and the teams went into the break level at 1-1.

The visitors looked the more lively at the start to the second period and grabbed the lead when Ikone, who had earlier missed a one-on-one chance with Grbic, crashed the ball into the net after Zeki Celik’s shot came back off the post.

However, the fizz went out of the game and Lille comfortably held on to their advantage.