UCL Live: Tuchel's Chelsea Fear No One In Quarterfinal 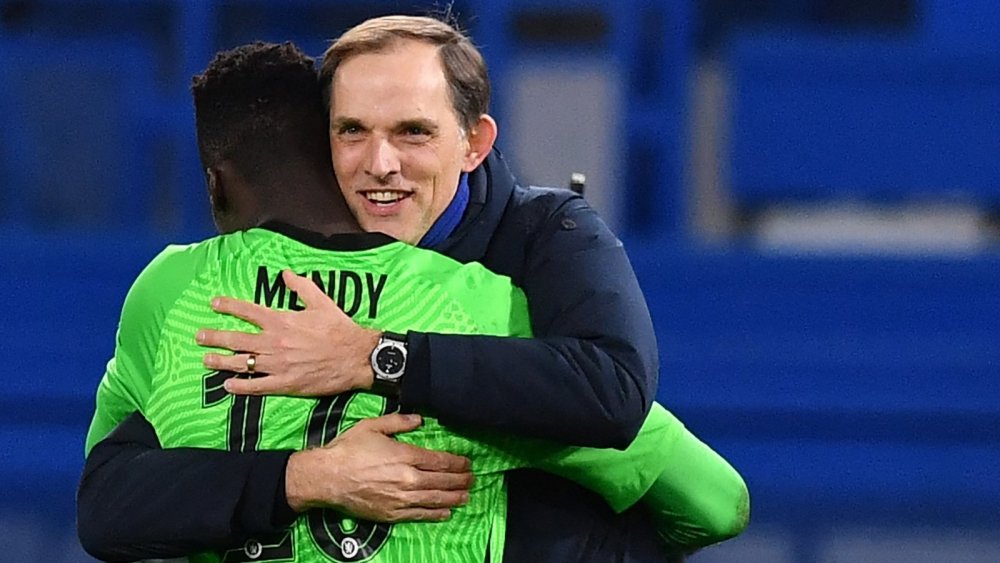 Chelsea manager Thomas Tuchel says his side fears no one in the Champions League after the London club blew past Atletico Madrid into the quarterfinals for the first time since 2014.

Goals from Hakim Ziyech and Emerson Palmieri helped Chelsea complete a 3-0 aggregate win and extended their unbeaten run to 13 games in all competitions since Tuchel replaced Frank Lampard as a coach in January.

Holders Bayern Munich and Premier League leaders Manchester City are among the sides left in the competition, with the draw to be made on Friday, but Tuchel said Chelsea deserved their place among Europe's elite.

"The most important thing is we deserve this," Tuchel said. "They play with a special bond and results like this give you a certain edge to achieve special things.

"I'm sure no one wants to play against us. This will be a difficult challenge... But on we go, no need to be afraid. We take what we get."

Tuchel was delighted with the way his side controlled the game against the leaders of Spain's LaLiga but said there was still room for improvement.

"We need to improve in counterattacks, we have to be more forward-thinking, use our speed and exploit spaces," he said. "We are looking to be more clinical and precise."

"He suffers a bit with our style, he needs to adapt ... but I am super happy, this was reliable from him," Tuchel said.

Chelsea, who are fourth in the Premier League, host Sheffield United in the FA Cup quarterfinals on Sunday.