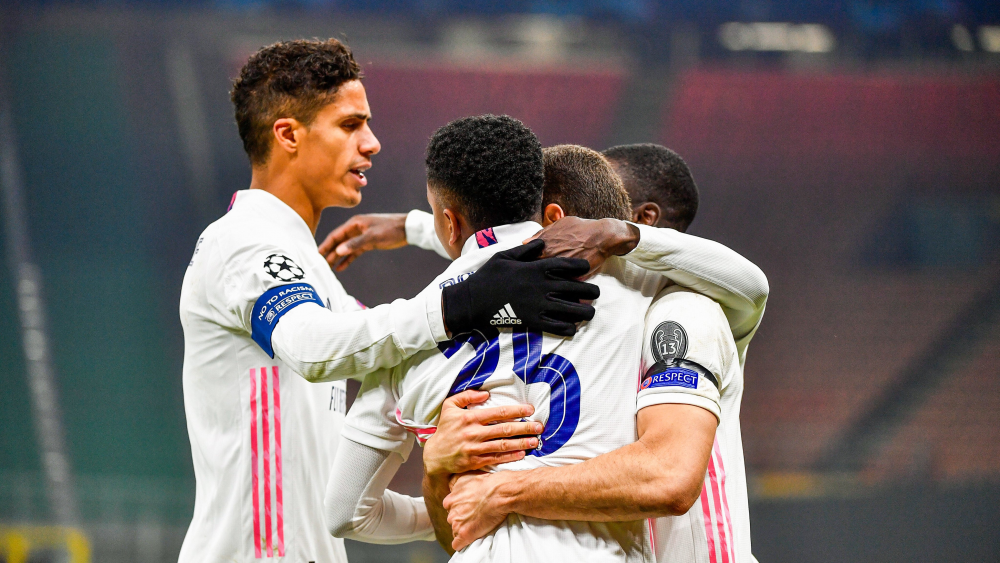 Real Madrid are back in contention for the UEFA Champions League last 16 on Wednesday with a 2-0 win against 10-man Inter Milan that pushed the Italians to the brink of elimination from the competition.

AllNews understands that Real Madrid, the record 13-time European champions, move second in Group B with seven points from four games, one point behind Borussia Moenchengladbach, with Inter bottom on just two points.

Eden Hazard put Real ahead with a penalty after just seven minutes at San Siro and Achraf Hakimi's own goal doubled their lead as the Spaniards brushed off the absence of injured captain Sergio Ramos and Karim Benzema.

"They told us that you don't win in the Champions League without Sergio Ramos, and this evening we did it," said Zidane.

Inter coach Antonio Conte admitted his side had been given a "mountain to climb" as they played over an hour a man down after Arturo Vidal was sent off.

"Leaving a team with 10 after 30 minutes is to kill them," Conte said.

The Chilean midfielder had argued for a penalty after going down in the box but instead received two yellow cards for dissent.

The penalty was later given to Real Madrid later on, as Hazard finally netted his first Champions League goal for Madrid from the spot after Nacho had been brought down. Rodrygo then came off the bench and forced Hakimi to divert the ball into his own net against his former club for the second goal just before the hour.

? Zidane: "The team played with character and focus from beginning to end." #HalaMadrid | #RMUCL pic.twitter.com/uuikZmZeJE

"I don't know if this is our most complete match of the season or not, but we produced a great performance from start to finish, intense and serious," said Zidane.

"We knew that these were three super-important points for us and that drew the best out of my team." Zidane's team had taken just one point from their first two games after losing to Shakhtar Donetsk and drawing against Gladbach but followed on here from their 3-2 win over the Italians in Spain.