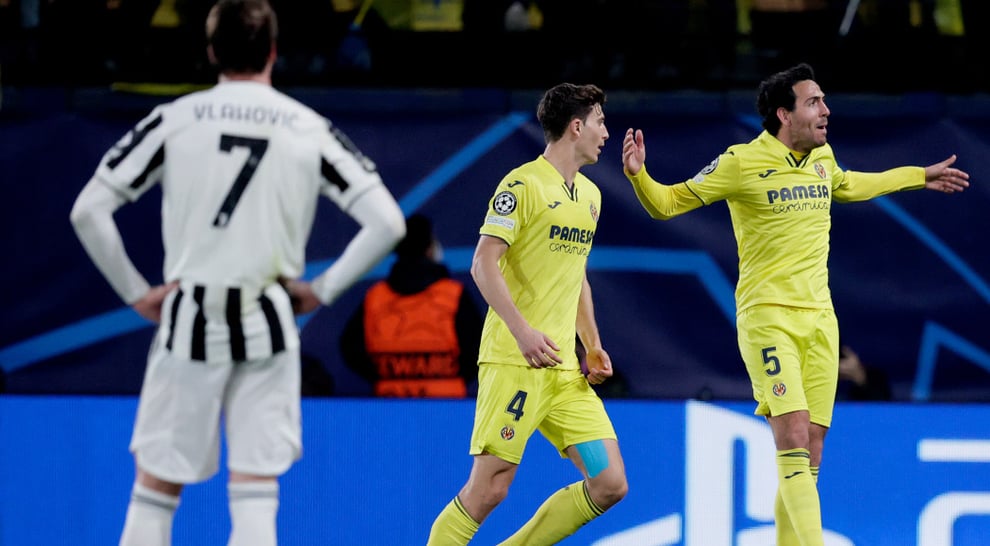 Champions League debutant Dusan Vlahovic announced himself to Europe by scoring 32 seconds into the match on Tuesday but Juventus were held to a 1-1 draw by Villarreal in the round of 16 first leg match in La Ceramica.

Vlahovic declared himself as another elite poacher for the next generation of players with the likes of Erling Haaland, Kylian Mbappe as he found the corner of the post with just his second touch of the game to give Juventus a sensational start.

The Serb's first goal in the Champions League was not enough for victory.

Instead, Villarreal's Dani Parejo steered in a deserved equaliser midway through the second half to leave a compelling contest in the balance ahead of the return leg in Turin.

At 22 years and 25 days old, Vlahovic is the second-youngest player to score on their Champions League debut for Juventus after Alessandro Del Piero made his mark aged 20.

He now joins the list of top players who scored within the first minute of a UEFA Champions League match.

"He's young, this is his first Champions League match," said Juve's Alvaro Morata. "Imagine the career he has ahead of him."

Vlahovic was signed for an initial €70 million from Fiorentina in January and to huge excitement, with Juve toasting the arrival of one of the world's most coveted young talents.

Juventus coach Max Allegri had tried to reduce expectations on Monday by insisting the striker would have to adapt psychologically and technically to the intensity of the Champions League - but Vlahovic needed less than a minute to find his feet.

It was his second goal in five appearances for Juve after he scored 12 minutes into his debut against Verona earlier this month, following a blistering 25 goals in 31 games for Fiorentina.

"When you play against this type of team, with top players, you can't give them even half an inch. It was a great goal," said Parejo.

Juventus will be favourites to finish the job at home next month but a well-organised and disciplined Villarreal, who won the Europa League last season, showed enough to suggest an upset is far from impossible.

"We feel a bit of frustration. You need to win at home," said Villarreal's Etienne Capoue. "But I think this team has the strength and mentality to win there. It's difficult but we can do it."

Nine Juventus players had not yet touched the ball when it hit the back of the Villarreal net.

Villarreal had stroked the ball back and across the pitch from kick-off but it was their ninth pass that went astray, Alberto Moreno choosing to dummy when he thought Arnaut Danjuma was behind him, only to find Danjuma had sprinted away.

Danilo intercepted and instantly drove a ball over the top, where Vlahovic had sped between Raul Albiol and Pau Torres. Vlahovic chested down and looked well-marshalled, with Torres tracking him across, but the striker fired early on the turn and the ball slid crisply into the far corner.

Half of the Villarreal team were yet to have a touch but they responded, dictating possession and tempo while Samuel Chukwueze went close, a flicked finish flashing wide of the near post.

Juventus were compact and organised while up front, Vlahovic remained a brooding presence. He held up three defenders in the area and laid back for Manuel Locatelli but the midfielder shot over.

Leonardo Bonucci, fit again after recovering from injury, replaced Alex Sandro at halftime but Villarreal finally found an equaliser in the 66th minute. Etienne Capoue held the ball in midfield and looked short of ideas, until Parejo spotted a gap and darted in behind.

Capoue lifted the ball over the top to the midfielder, who swung his left foot, a scuffed finish enough to beat Wojciech Szczesny at the near post.

The game tightened up late on as neither team wanted to risk opening themselves up, preferring to defer to the rematch in Turin.