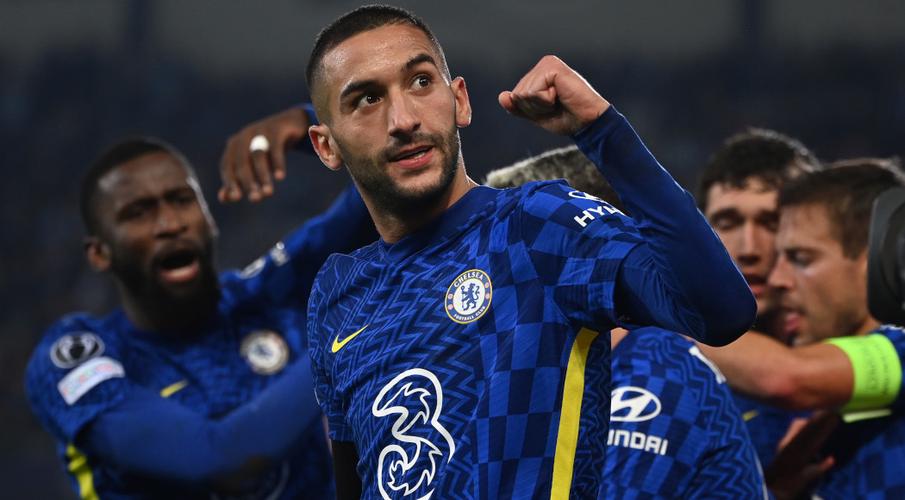 Chelsea beat Malmo 1-0 in Sweden after a strike from Hakim Ziyech sealed a win for the defending Champions against defensive-minded hosts in Champions League Group H on Tuesday.

Chelsea, who hammered Malmo 4-0 when the sides met in London two weeks ago, remain second in the standings, level on nine points with leaders Juventus, who meet Zenit St Petersburg later on Tuesday.

Malmo, who are yet to score a goal in this year's group stage, remain bottom without a point. The defeat was their fourth in four games and means that they can no longer make the knockouts.

The Swedish champions and current league leaders frustrated their visitors in the opening 45 minutes as goalkeeper Johan Dahlin mixed up some superb saves with a few hair-raising spills as his side were forced to defend for long periods, but he managed to keep his clean sheet intact until the break.

Soren Rieks blazed a shot over from a rare Malmo corner six minutes into the second half before Ruben Loftus-Cheek's mazy dribble and shot was blocked by Dahlin at the other end, but it would not take Chelsea long to make their breakthrough.

The goal finally came in the 56th minute as Callum Hudson-Odoi out-paced Franz Brorsson down the right and played a perfectly-weighted pass across the face of the goal for Ziyech to slam home.

Malmo's best chance of the second half fell to Erdal Rakip in the 64th minute, but he ignored several teammates in better positions before blazing a shot harmlessly over the crossbar.

That almost proved costly a few minutes later when Thiago Silva ventured forward to meet a Chelsea corner. His effort was cleared off the line, but a single goal proved enough for Thomas Tuchel's side to claim the three points.

"They made it hard for us, they played close together and closed off all the spaces. When they play well it's hard to beat them," goalscorer Ziyech told reporters.

Malmo keeper Dahlin couldn't hide his disappointment as his side left empty-handed, despite putting in their best defensive performance of the group stage so far.

"I think that defensively it went well, we have a game-plan we followed, but they had a lot of chances. At the same time I think we should have had a little more luck with our chances and gotten something out of it," he told reporters.