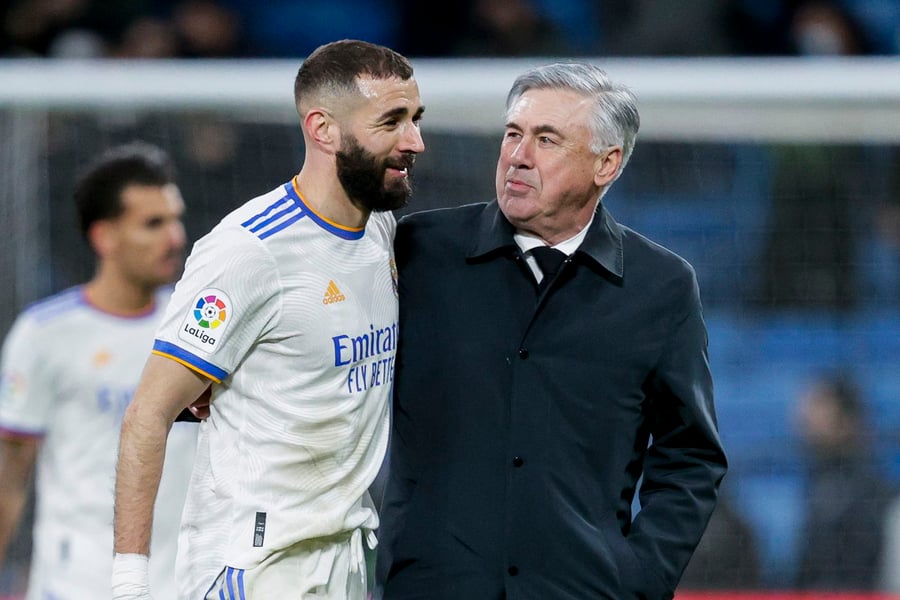 Following the conclusion of the Champions League draw for the 2022-23 season, the European body moved to the awards for the 2021-22 season.

On the stage, Ancelotti gave special regard to his players, club, and families. The Italian tactician even mentioned the names of his grandchildren who he all believed helped him to achieve the feat.

He also commented on Karim Benzema, saying "everyone is happy to have Karim in the squad".

He further talked about his relationship with Karim Benzema, calling the Frenchman his "friend" and the relationship he has built with his player.

Next is Alex Putellas, Barcelona femeni player who claimed the award.

The Spanish midfielder who wears No. 11 at Barca stepped on the stage to claim her accolade beside UEFA President  Aleksander Ceferin.

Karim Benzema won the UEFA Player of the year award after an incredible season with Real Madrid where he scored 15 goals and claimed the Champions League and La Liga trophy.