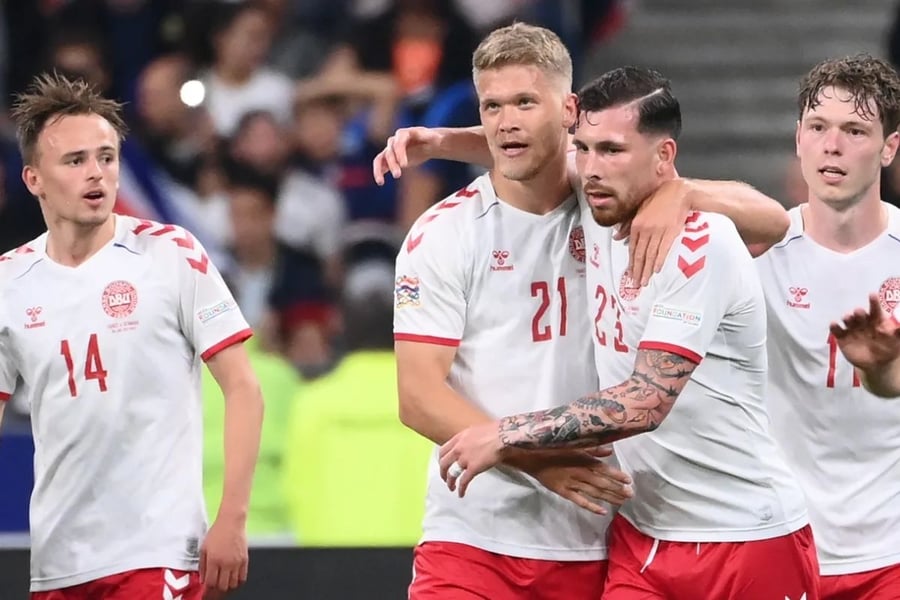 Substitute Andreas Cornelius scored twice as Denmark recovered from conceding to a brilliant Karim Benzema goal to beat Champions France 2-1 on Friday in the UEFA Nations League at the Stade de France.

Benzema's stunning strike put World Cup holders France in front six minutes after halftime, only for Trabzonspor striker Cornelius to turn in Denmark's equaliser midway through the second half and then smash in an 88th-minute winner.

That meant it was a disappointing night for France who saw both Kylian Mbappe and Raphael Varane come off with knocks.

There was a near-full house of 75,833 inside the Stade de France, including 1,400 Danish supporters, but the atmosphere outside the ground ahead of kick-off was calm.

That was in stark contrast to the scenes six days earlier, when serious organisational problems led to fans being unable to get into the stadium while many peaceful supporters were tear-gassed ahead of Real Madrid's 1-0 win over Liverpool.

European football's governing body Uefa on Friday issued an apology to those spectators for what it admitted was a "frightening and distressing" experience for those involved.

Because of the pandemic, Friday's match was the first France national football team game at the stadium without crowd restrictions since November 2019.

Home supporters were hoping to see Les Bleus start with a victory as they defend the Nations League title they won last year by beating Spain in the final.

This was the first of four matches they will play this month in League A, Group 1 before their players can depart on holiday, and the game did not really come to life in the first half.