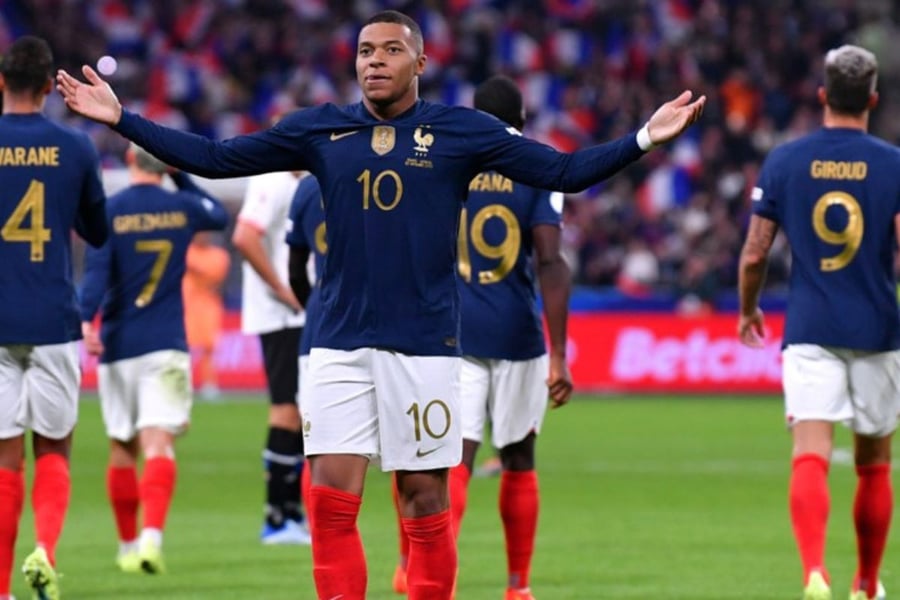 Kylian Mbappe scored a stunning opening goal as France shook off injuries to a host of key players and a series of off-field issues to claim a deserving 2-0 win over Austria in the UEFA Nations League in Paris on Thursday.

Mbappe showcased his phenomenal pace and strength on the way before finishing emphatically to put the reigning world champions ahead in the 56th minute at the Stade de France.

The recalled Olivier Giroud doubled their lead nine minutes later as France ran out deserved winners to stave off the threat of relegation from the top tier of the Nations League, a competition they won just last year. 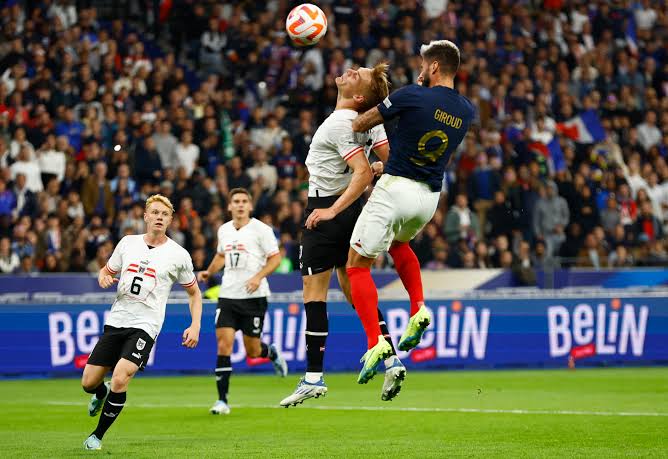 Didier Deschamps' side still need to win their last Group A1 game away in Denmark on Sunday to be certain of avoiding relegation, while qualification for the four-team finals next June is already out of reach.

France's failure to win any of their opening four games in June is the reason for that, but the priority for Les Bleus now is the World Cup, with the first game of their title defence in Qatar exactly two months away.

Deschamps will hope to have recovered at least the majority of his crocked stars by the time that match against Australia comes around on 22 November.

Injuries And Off-Field Issues For France

Paris Saint-Germain superstar Mbappe refusing to take part in a photo shoot in a row with the French Football Federation over image rights.

But neither Mbappe nor his teammates appeared distracted as they outclassed Austria.

Mbappe had the ball in the net inside 90 seconds only to be denied by the offside flag, and he was a constant threat in the first half.

France should have led at the interval but Austria had goalkeeper Patrick Pentz to thank for a sensational double save in the 35th minute.

Pentz tipped Aurelien Tchouameni's acrobatic overhead kick onto the bar and then got down low to save Antoine Griezmann's follow-up attempt.

Before that the hosts -- who gave debuts to Monaco centre-back Benoit Badiashile and his club colleague, midfielder Youssouf Fofana -- saw their injury worries increase when Barcelona's Jules Kounde limped out.

Goalkeeper Mike Maignan also came off at half-time to be replaced by West Ham United's Alphonse Areola, and France went ahead soon after.

Mbappe collected a Giroud pass on the left before surging inside, bouncing off Austria's Marcel Sabitzer, and lashing a shot beyond Pentz.

He celebrated by mimicking a photographer, an apparent nod to the troublesome quarrel over image rights.

Giroud then marked his return to the side by heading in Griezmann's cross to make it 2-0 with his 49th international goal. 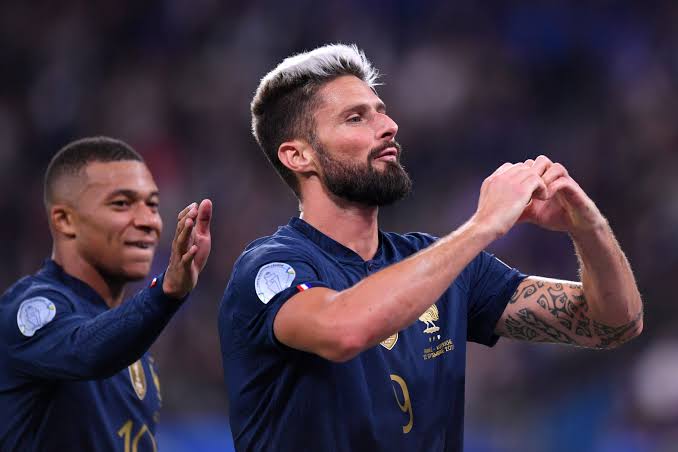 He is now just two shy of Thierry Henry's French record of 51.