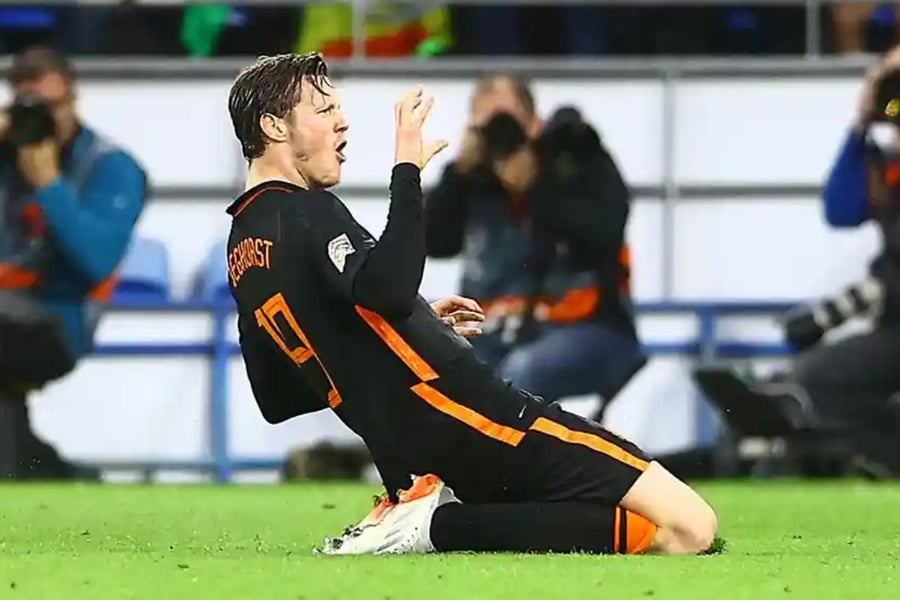 Wales will head to Qatar in November for their first World Cup appearance in 64 years after beating Ukraine 1-0 in the play-off final on Sunday.

But Robert Page's side, who face USA, Iran and England in the group stage in Qatar, came back down to earth with a bump as they suffered a second successive Nations League Group A4 defeat after last week's loss in Poland.

Rhys Norrington-Davies equalised for Wales in stoppage-time following Teun Koopmeiners' goal in a thrilling finale early in the second half.

Weghorst sealed the points for the Netherlands with just seconds left as the visitors ruined the longest unbeaten home run in Wales' history.

For the first time since November 2018, Wales were beaten in front of their own fans, but the feelgood factor from their World Cup qualification should ensure the frustration from Weghorst's winner does not linger too long.

"It was a difficult game. We didn't have our full-strength squad," Wales captain Gareth Bale said.

"They're a world-class team and we deserve to be testing ourselves against the best.

"The boys who came in worked very hard to get the equaliser, then to concede after that was gutting. It's something we have to learn, maybe the dark arts of taking him down."

It was a second consecutive Nations League victory for the Netherlands, who thrashed Belgium on Friday.

The Dutch, who have also qualified for the World Cup, are unbeaten in 11 games and are yet to lose since Louis van Gaal took charge for the third time in August.