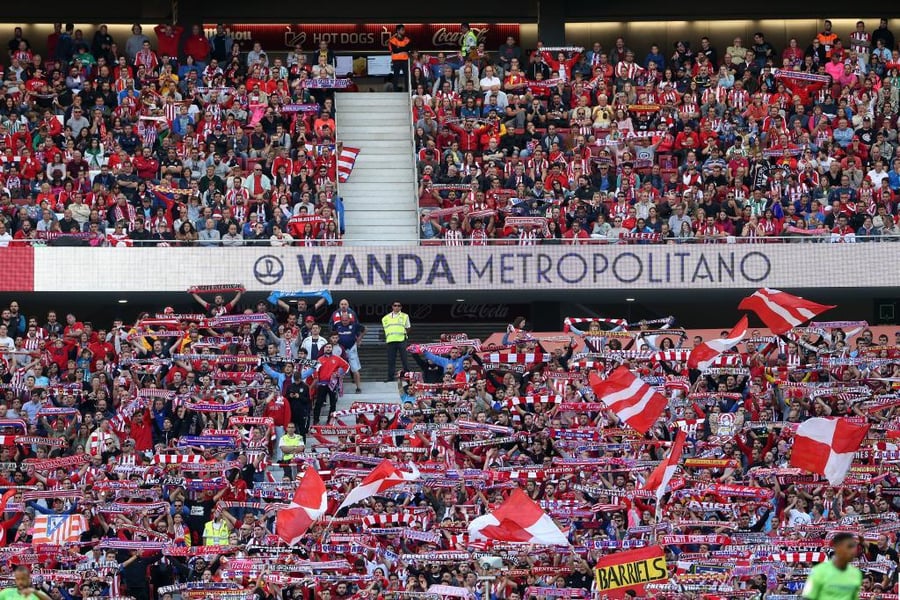 Atletico Madrid will a section of the Wanda Metropolitano closed when they take on the Manchester United for the second leg of the UEFA Champions League on Wednesday for discriminatory behaviour from their fans.

The order was from the European football governing body, UEFA on Monday after an investigation into the behaviour of the fans at Etihad.

Atletico will now have to do without a section of their supporters for the return fixture in Madrid.

"Club Atlético de Madrid shall inform prior to the match, the sector(s) to be closed, which shall at least comprehend 5,000 seats."

The statement added: "To order Club Atlético de Madrid to implement the following directive in the next UEFA competition match which the club shall play as the host club: to display a banner with the wording “#NoToRacism”, with the UEFA logo on it."

GOAL understands the Spanish side feel the punishment is disproportionate and have decided to appeal against the decision.

City have the upper hand in the quarter-final clash against Diego Simeone's team.

City won the first-leg fixture 1-0 thanks to a Kevin De Bruyne goal and the two teams will meet again on Wednesday at the Wanda Metropolitano Stadium.

The winner of the tie will progress to the semi-finals, where they will meet either Real Madrid or Chelsea.

Real lead that tie 3-1 on aggregate after the first leg at Stamford Bridge.