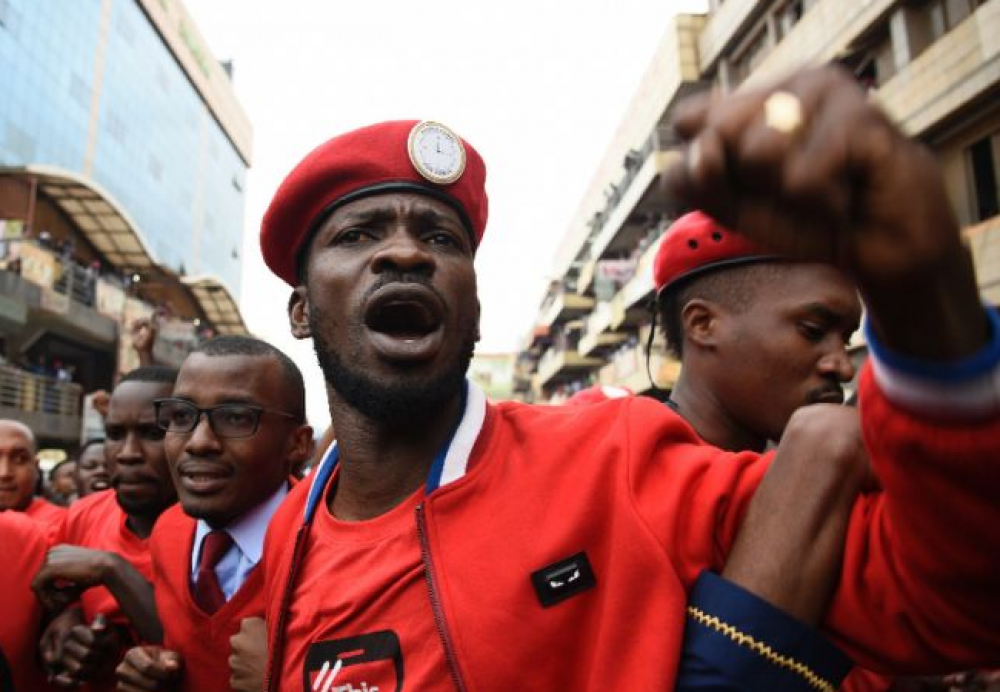 Ugandan Presidential Candidate under the platform of National Unity Platform (NUP) Kyagulanyi Sentamu Robert, better known as Bobi Wine on Wednesday said the private security company that has been guarding his home for the past 12 years has withdrawn its services.

Wine who made this known via its official Twitter handle said the guards stationed at his house were disarmed by their supervisors who said they were acting based on instructions.

AllNews understands that the move comes a day to the General election of Uganda in which Wine is one of the contestants.

He tweet, “So, the private security company that has been guarding my home for the last 12 years has been ordered to withdraw security at my house."

“Their supervisors showed up unannounced at midnight, disarmed my guard and said they had instructions to immediately withdraw my security,” he added.

“The army has this morning raided my home, arrested all my security guards and anyone they could see around my premises.”

“No reason for the arrest was given. Such acts of impunity are all kicks of a dying horse,” he wrote on his Twitter handle.

Meanwhile, Bobi Wine is contending with the incumbent President Yoweri Museveni in the Presidential Election scheduled to hold on Thursday, January 14, 2021.

AllNews had reported that Ugandan had shut down all social media platforms and messaging app ahead of the general election on Thursday.

This is according to the Executive Director of Ugandan Communication Commission (UCC), Irene Sewankambo on Tuesday in a letter made public.