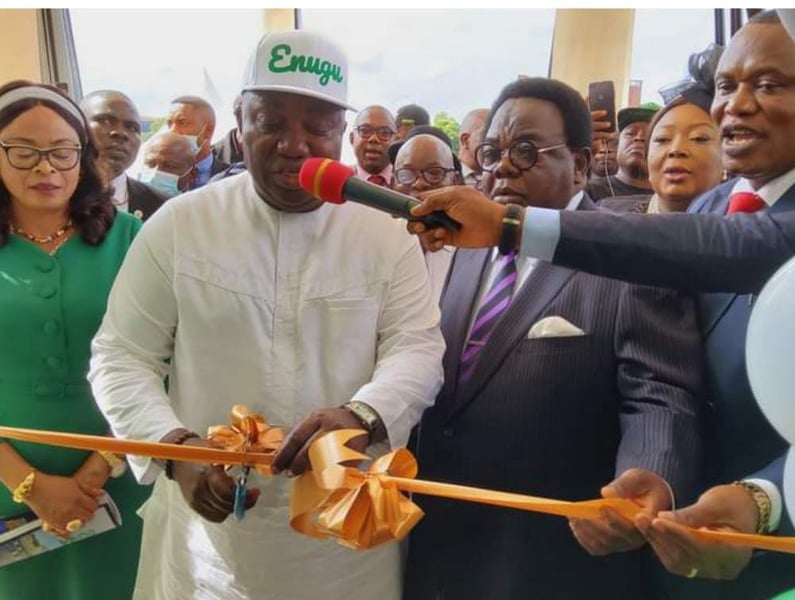 Governor Ifeanyi Ugwuanyi of Enugu State on Saturday inaugurated a brand new State Customary Court of Appeal Headquarters complex in Enugu constructed by his administration as part of its unprecedented infrastructure transformation agenda in the State Judiciary.

Named after a foremost jurist from Enugu State and Honourable Justice of the Supreme Court, Chima Centus Nweze as “Honourable Justice Chima Centus Nweze Complex, Customary Court of Appeal Headquarters, Enugu State Judiciary”, the edifice, located within the Three Arms Zone of the Independence Layout, Enugu, is the first headquarter complex of the Customary Court of Appeal in the state.

The governor added that the complex was also constructed for efficient administration and speedy dispensation of justice for the benefit of the people of the state.

Stressing that his administration is committed to bequeathing to the state, a Judiciary that is nationally competitive and capable of administering justice in a timely, efficient and accessible manner, Gov. Ugwuanyi stated: “Our modest accomplishments in the State Judiciary infrastructure transformation are testament to this”. 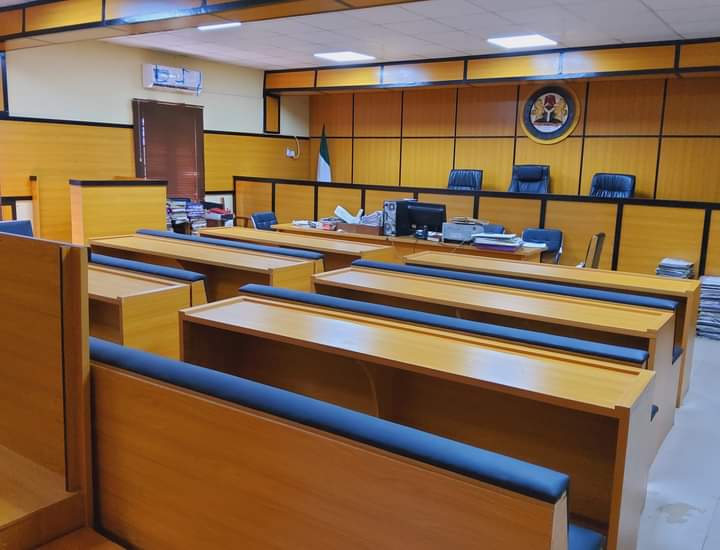 He revealed that the construction of the High Courts of Justice, Orba and Nike, respectively, are also underway.

Gov. Ugwuanyi expressed optimism that the new Customary Court of Appeal headquarters will enhance the capacity of “this Superior Court of Record to exercise its appellate and supervisory jurisdiction over the 153 Customary Courts in the state”.

“We have also continued to support the capacity improvement of our Judicial Officers through annual capacity building trainings and attendance of conferences/workshops to update their knowledge and skills.

“All these are intended to improve the infrastructure and human capital of our Judiciary and elevate it to higher level of competence and efficiency”.

Naming the complex after Hon. Justice Nweze, Gov. Ugwuanyi said: “I have approved the naming of this new complex after an illustrious son of the state, an eminent jurist, profound scholar, our jewel of inestimable value, the revered Honourable Justice Chima Centus Nweze.

The governor acknowledged the contributions of the State Judiciary in promoting the tenets of democracy, human rights and fundamental freedoms, pointing out: “this underlines the peace we enjoy and the progress we have made in the state”.

He went further to appreciate the members of the Bar in the state for their industry, thanking the good people of Enugu State for their prayers and unchanging sentiments of solidarity with his administration.

Earlier in his opening address, the President, Customary Court of Appeal, Enugu State, Hon. Justice Nnamani, expressed deep appreciation to Gov. Ugwuanyi for making yet another history in the State Judiciary.

Hon. Justice Nnamani disclosed that prior to the governor’s assumption of office, “the Customary Court of Appeal, Enugu State, like the ark of God in the pre-Solomon days of Israel, had no abode of its own” as “we unfittingly tenanted in a section of a building that housed courts at the State Secretariat probably since the days of the District Commissioners (DCs).

Chronicling the landmark affirmative action of Gov. Ugwuanyi in the nurture of the Customary Court of Appeal, Enugu State, Hon. Justice Nnamani declared that the 34 model Customary Courts the governor’s administration constructed “remains, and I challenge anyone to take me up on this, the highest any Governor has paid the Customary Court of any state in Nigeria since the exit of Sir James Wilson Robertson, KT, GCMG, GCVO, KBE, KStJ”.

Responding, Hon. Justice Nweze, who arose with humility and spoke in an intensely emotion laden voice, accepted the naming of the complex after him, saying that he is grateful for the recognition.

The delighted jurist thanked Gov. Ugwuanyi for the special honour done him.

Hon. Justice Nweze commended Gov. Ugwuanyi administration’s remarkable contributions towards the transformation of the State Judiciary and beseeched God to continue to prosper all the works of his hands.

He also appreciated members of the State Judiciary for the recognition, saying that “I am prouder that my state, Enugu State is proud of me”.

Prior to the official inauguration of the complex, the State Commissioner for Works and Infrastructure, Engr. Greg Nnaji, gave a comprehensive overview of the technical details of the structure.

One of the highpoints of the ceremony was the presentation of a surprise reward to the Deputy Director, State Customary Court of Appeal, Mrs. Justine Izueke, for her exemplary dedication to duty, by Hon. Justice Nnamani. The recognition earned Mrs. Izueke another cash reward from Gov. Ugwuanyi.