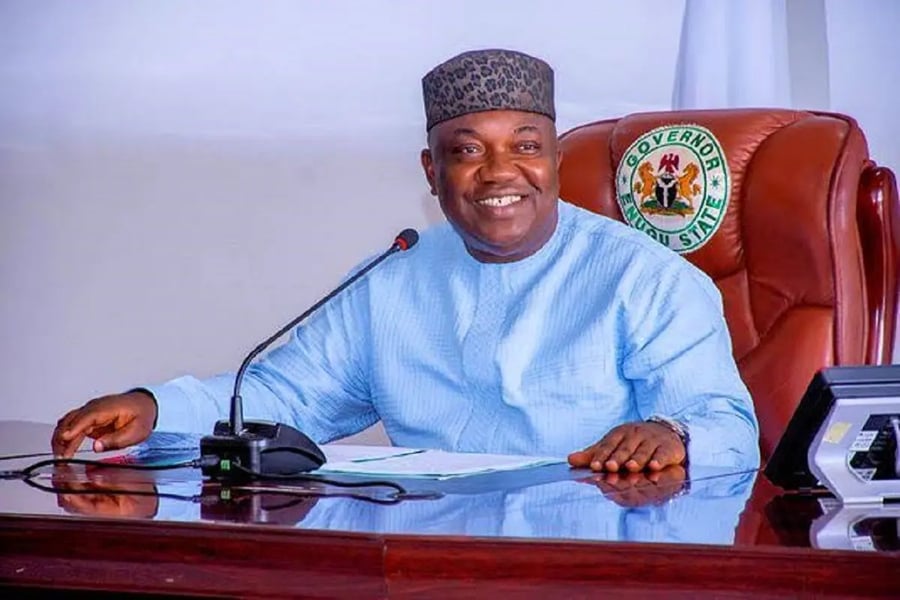 A delegation of the people of Ogrute, Enugu Ezike in Igbo-Eze North Local Government Area of Enugu State on Thursday converged on the Government House, Enugu to express their immense gratitude to Governor Ifeanyi Ugwuanyi for the special attention his administration has paid to their community.

The attention according the them is in terms of development projects such as roads, education and healthcare facilities, fire service station, court buildings, among others.

The people said that Governor Ugwuanyi is the first and only governor in Enugu State that executed numerous development projects in Ogrute, the headquarters of Igbo-Eze North LGA, adding that his administration built landmark projects in the area such as the Amenity Hospital and a Cottage Hospital with isolation wing, both located within the premises of the upgraded and rehabilitated General Hospital, Ogrute.

They also thanked the governor for the construction and reconstruction of the major roads in Ogrute with drainages, revealing that no past government did the roads prior to Governor Ugwuanyi’s interventions.

The Ogrute people equally applauded Governor Ugwuanyi who is the candidate of the Peoples Democratic Party (PDP) for Enugu North Senatorial District for the construction and renovation of classroom blocks, equipping them with modern furniture, and other educational facilities for conducive teaching and learning atmosphere.

They went further to appreciate the governor for constructing an ultra-modern fire service station and court buildings in Ogrute, stating that the projects were unprecedented in the annals of the local government area in particular and the state in general.

The grateful people of Ogrute pledged to vote massively for Governor Ugwuanyi in the forthcoming general election for him to represent Enugu North Senatorial District in the National Assembly.

They equally pledged to vote overwhelmingly for the PDP governorship candidate, Dr Peter Ndubuisi Mbah, his running mate, Barr. Ifeanyi Ossai and other candidates of the party in the state.

Speaking during the visit, the traditional ruler of Ogrute Ulo Autonomous Community, HRH Igwe Ogbonna Ekere, stressed that they are delighted at Governor Ugwuanyi’s interventions in Ogrute.

Igwe Ekere revealed that Governor Ugwuanyi has kept faith with his promises to the people of Ogrute and Igbo-Eze North LGA despite the state’s lean resources and avalanche of challenges confronting the country which border on economy, security and public health.

The monarch informed the governor that the community judiciously utilised the money his administration gave to each of the over 450 autonomous communities in the state to execute projects of their choice, reiterating their gratitude and commitment to the success of his administration.