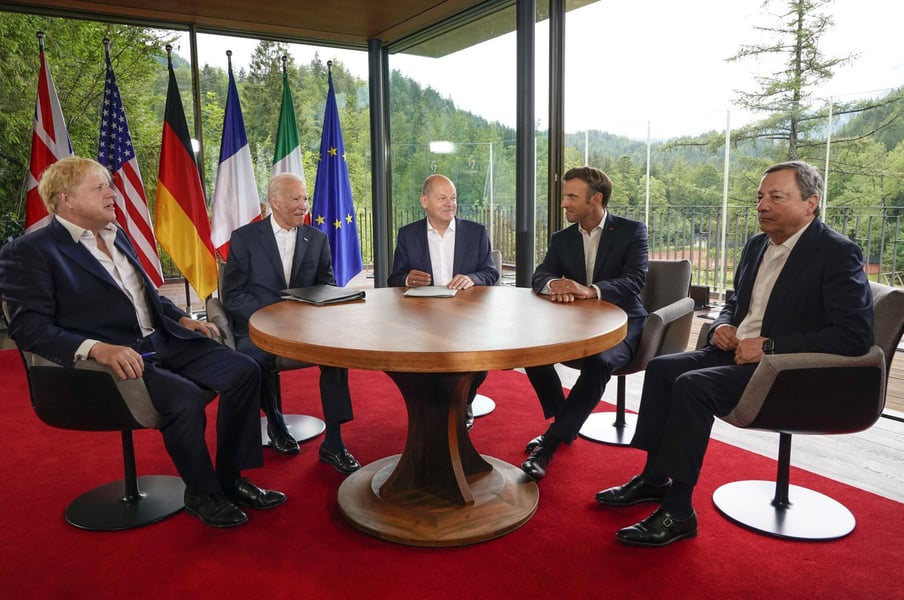 Leaders of the G-7 struck a united stance to support Ukraine and said they would explore far-reaching steps to hurt Russia economically.

The statement on Tuesday from the Group of Seven summit in Germany underlined their intent to impose severe economic costs on Russia.

The G-7 said; "We remain steadfast in our commitment to our unprecedented coordination on sanctions for as long as necessary, acting in unison at every stage."

The leaders also agreed on a ban on imports of Russian gold and to step up aid to countries hit with food shortages by the blockade on Ukraine grain shipments through the Black Sea.

The U.S. has already blocked Russian oil imports. The European Union has also decided to impose a ban on the 90% of Russian oil that comes by sea, but that does not take effect until the end of the year.

Members of the G-7 also pledged to create a new climate club for nations that want to take more ambitious action against global warming.

The move will see countries that join the club agree on tougher measures to reduce greenhouse gas emissions with the aim of keeping global temperatures from rising more than 1.5 Celsius (2.7 Fahrenheit) this century.