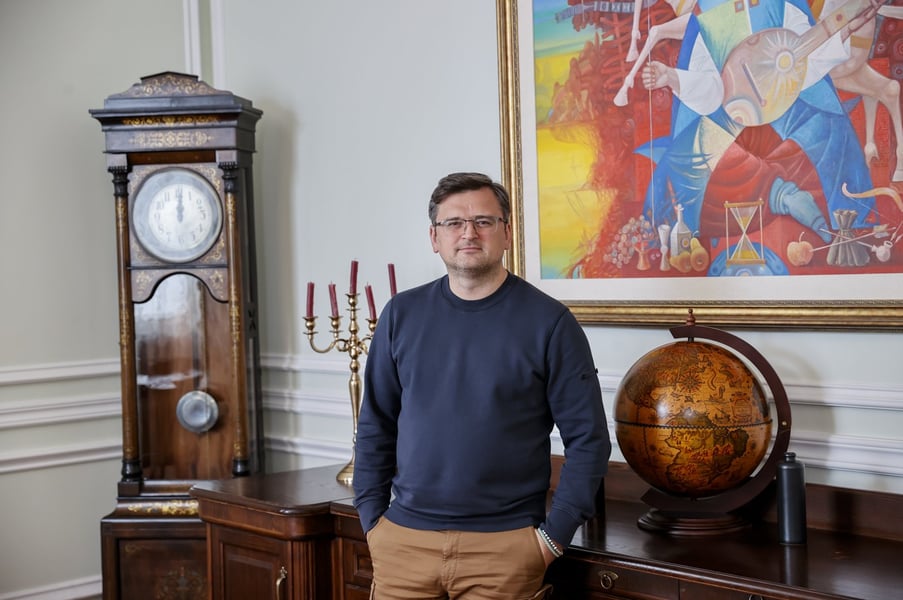 Ukrainian Foreign Minister Dmytro Kuleba on Tuesday said that Turkey and Ukraine have a relationship based on trust as he praised Turkey for mediating negotiations to end the ongoing war with Russia.

Anadolu Agency (AA), reports Kuleba saying; "Ukraine's President Volodymyr Zelenskyy and President Recep Tayyip Erdogan are two presidents who have proven to each other that they are trustworthy.

"Relations between the two leaders are the basis of our bilateral relations."

While stressing the importance of Ukraine's longstanding cooperation with Turkey, the Ukrainian foreign minister said they place great importance on Turkey's mediation in the war.

Kuleba added; "After the meeting in Istanbul, we saw that Russia continued to use the language of ultimatums and was not ready for a solution.

"We saw that the Russians chose war, not peace.

"How can they talk about negotiations while launching a large-scale offensive operation in the Donbass region, where Europe's biggest war since World War II has been taking place?"

The first and the latest meeting of the Ukrainian and Russian foreign ministers took place on March 10 on the sidelines of Turkey's Antalya Diplomacy Forum, while on March 29, negotiators from both countries also met in Istanbul.