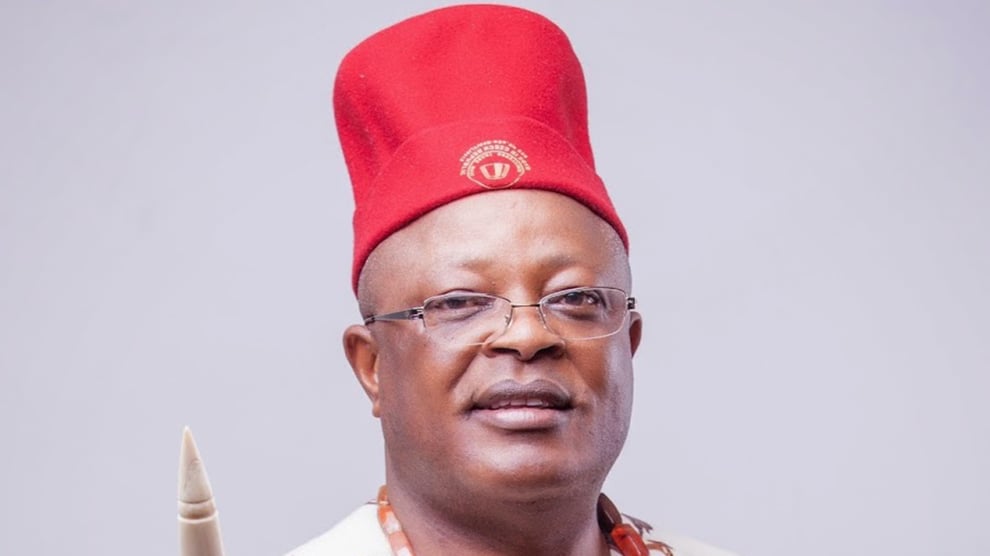 Governor David Umahi of Ebonyi State has distanced the state from the Republic of Biafra being canvassed for by the  Indigenous People of Biafra (IPOB).

Speaking at the Ecumenical Centre, Abakaliki during a reception organised for him, Umahi said the state has been oppressed and would be part of Nigeria to develop.

The Ebonyi governor noted that the state is better in a fair and equitable Nigeria and would ensure that an average Igbo man is treated fairly.

Umahi further said that the Igbo presidency will be a good development for the country.

“Let nobody be afraid of the Presidency of an Igbo man. The Igbo man is a builder and not a destroyer. There is no Igbo man that will be the president of this country and would like to divide or destroy it because we have investments everywhere.

“First and foremost, I have been saying it. If anybody tells you about Biafra, Ebonyi State will never be part of Biafra. We are not Biafra.

“We are not going anywhere. We won’t. We will continue to appeal and dialogue to be treated fairly and equitably like other regions of Nigeria.