Umahi's Defection Has Nothing To Do With Igbo Nation- Fayose 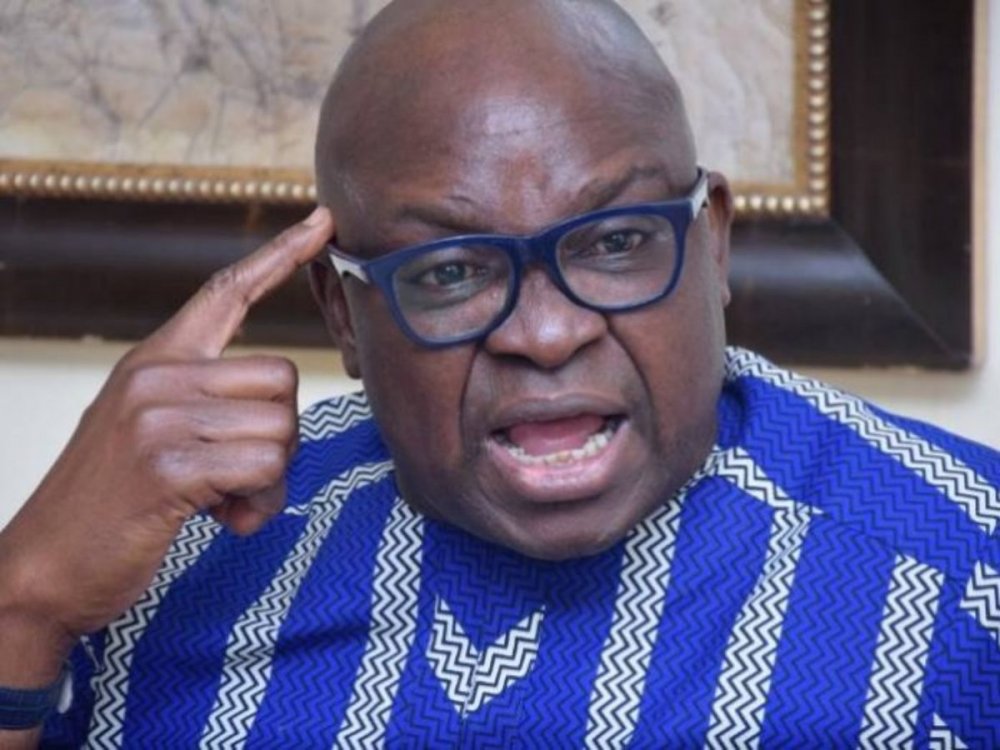 The former Governor of Ekiti State Ayodele Fayose has claimed that the decision of the Governor of Ebonyi State Dave Umahi to dump the Peoples Democratic Party (PDP) for the All Progressives Congress has nothing to do with the Igbo nation.

Fayose, who said this in reaction to the defection of Umahi, further held that the Ebonyi governor had left the party long before he officially defected to APC.

Fayose who is a chieftain of PDP said that Umahi's action had dampened the hope for liberation.

“Gov Umahi defected to APC long ago before this unjustifiable move, which clearly has nothing to do with the interest of the Igbo nation.

“This is a reflection of the type of leadership our country parades.

“Though his action dampens hope for liberation, but I’m sure Nigerians will laugh last because sometimes, it will appear to have gotten so bad before it will begin to get better,” Fayose wrote.

AllNews had earlier reported that the Ebonyi state Governor had made up his mind to dump PDP for the ruling APC.

According to Umahi, his decision was hinged on the injustice meted on the region by the PDP.

Wike, who further held that the party had been fair to the south-eastern region, told Umahi to stop using the South-East region as his excuse for dumping the party.

Also reacting to Umahi's defection was one of the renowned clergymen in Nigeria Primate Ayodele who said that Umahi's move to APC was the beginning of the end of his political career.

Insecurity: APC Leaders Encouraged Terrorism In The Past, PD...