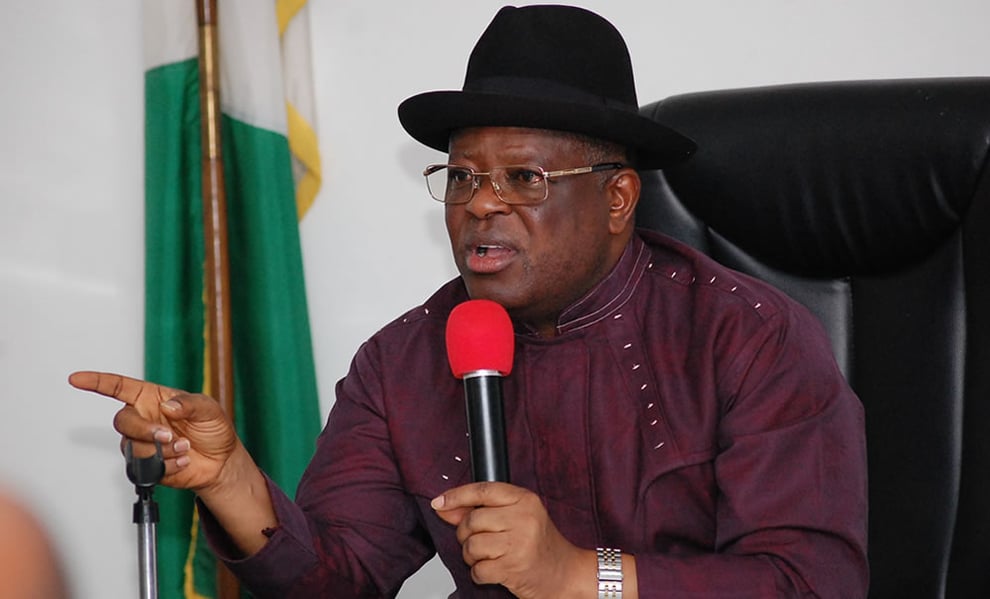 Governor David Umahi of Ebonyi State has suspended the Permanent Secretary, Office of the Head of Service, Martin Uguru, indefinitely for extortion of civil servants.

The suspension which took effect on April 1, 2022, is contained in a statement issued in Abakaliki on Friday by the Principal Secretary to the governor, Chief Emmanuel Obasi.

Uguru was said to have demanded kickbacks from civil servants who were recently promoted by the state government.

The statement read in part, “The governor directed the Secretary to the State Government to issue the letter of indefinite suspension to the permanent secretary for his complicity in the scam.”

“All heads of administration and persons involved in this exploitation are to forfeit one month’s salary each.

“The concerned heads of administration are hereby directed to fully refund all monies collected from the newly-promoted civil servants.

“The refund should be paid directly to their bank accounts and such officials should submit the bank tellers to the Principal Secretary to the governor within 48 hours.

“Failure to comply with this directive attracts dismissal from the state civil service.”

Umahi also approved the posting of the permanent secretary in charge of the state’s Universal Basic Education Board (UBEB) to the office of head of service, in acting capacity.

“The permanent secretary, ministry of trade and investment, is posted to the ministry of business development with immediate effect,” Obasi added.