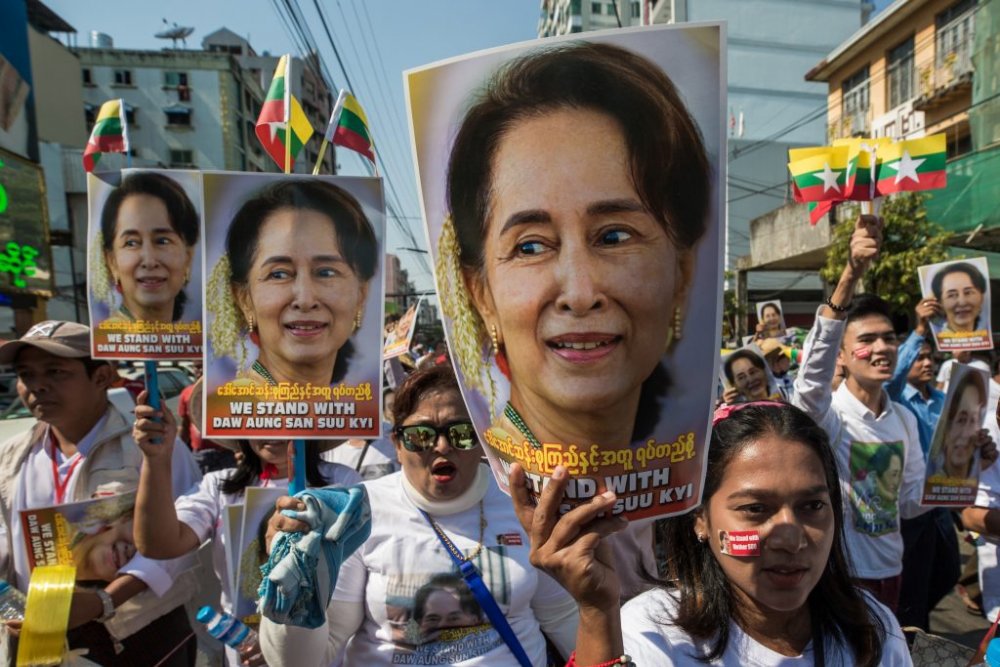 The United Nations (UN) on Thursday condemned the growing violence attack against anti-coup demonstrations as another six protesters were killed in Myanmar.

International pressure has been building steadily since the military ousted and detained civilian leader Aung San Suu Kyi on February 1, triggering daily protests across the country.

More than 2,000 people have been arrested and the death toll has climbed to more than 60 in the post-coup crackdown. In central Myanmar’s Myaing township, six people were killed on Thursday as security forces cracked down on a protest.

“Six men were shot dead while eight people were wounded with one man in critical condition,” a rescue worker told AFP.

The UN Security Council unanimously agreed on a statement on Wednesday condemning the Myanmar military’s use of violence against peaceful protesters.

It was the second time in just over a month that the council’s 15 members, including China a traditional ally of Myanmar’s generals, made a rare show of unity over the crisis.

And the Asian Development Bank announced it had temporarily suspended funding for government projects in Myanmar “as the international community assesses the evolving situation”.

“They used sound bombs on every street,” said one resident. We are asking friends who are outside of their homes not to come back here tonight because of the situation.”

Sanchaung has been a flashpoint of tensions all week. On Monday night, security forces sealed off a block of streets, confining around 200 anti-coup protesters before searching apartments.

State-run newspaper the Mirror on Thursday carried an announcement that the Arakan Army (AA) which fights for more autonomy for the ethnic Rakhine population in northern Rakhine state was no longer considered a terrorist organisation.

The AA has been locked in battle with the military for nearly two years in a conflict that has left hundreds killed and forced some 200,000 civilians to flee their homes.

Herve Lemahieu, a Myanmar expert from Australia’s Lowy Institute, said the move was likely because the military known as the Tatmadaw wanted to end the distraction of fighting the AA so it could focus on the protests.

“The Tatmadaw has many enemies, they don’t want to operate on too many fronts at once and the most pressing front at this point in time is against the ethnic Burman majority in the major urban centres,” he told AFP.

Another part of Yangon, North Okkalapa, was also reeling after 300 arrests on Wednesday, according to the Assistance Association for Political Prisoners monitoring group.

“One person was shot with live ammunition during the crackdown and is in a critical condition,” the monitoring group said.