UN Pushes For 2022 Elections In Libya To Prevent Division 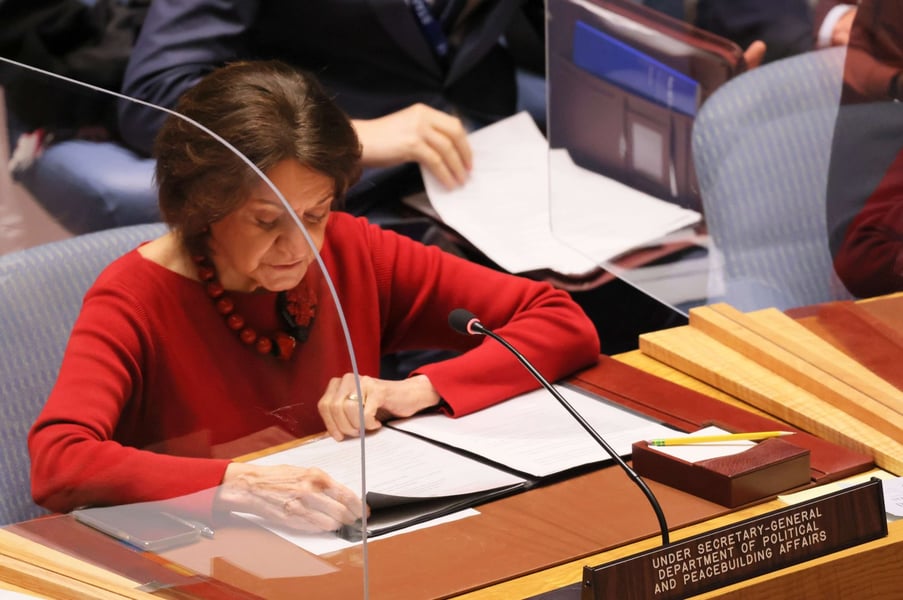 The United Nations, on Wednesday, urged elections to be held as soon as possible in Libya to unify the war-torn country.

Rosemary DiCarlo told the U.N. Security Council that she is encouraged by the support for a United Nation initiative to convene a joint committee from Libya's rival House of Representatives and High State Council.

She claimed this is to reach an agreement by both “on a constitutional basis that would lead to elections this year.”

The crisis erupted after Libya failed to hold its first presidential elections on December 24 of last year under a U.N.-led reconciliation effort.

The lawmakers claimed the mandate of interim Prime Minister Abdul Hamid Dbeibah, who is based in the capital, Tripoli, expired when the elections failed to take place.

But Dbeibah insists he will remain Prime Minister until elections are held, and the High State Council, which advises the interim government called parliament’s decision to name a new prime minister incorrect before holding elections.

DiCarlo said that U.N. special adviser on Libya, Stephanie Williams, has offered to mediate between Dbeibah and Bashagha to overcome the current political impasse.

DiCarlo also warned that the continuing standoff over executive legitimacy could again lead to instability and unrest and deal a severe blow to the prospect of elections.

Libya plunged into chaos after a NATO-backed 2011 uprising toppled longtime dictator Moammar Gadhafi. For years, it has been split between rival administrations in the east and the west, each supported by an array of militias and foreign governments.