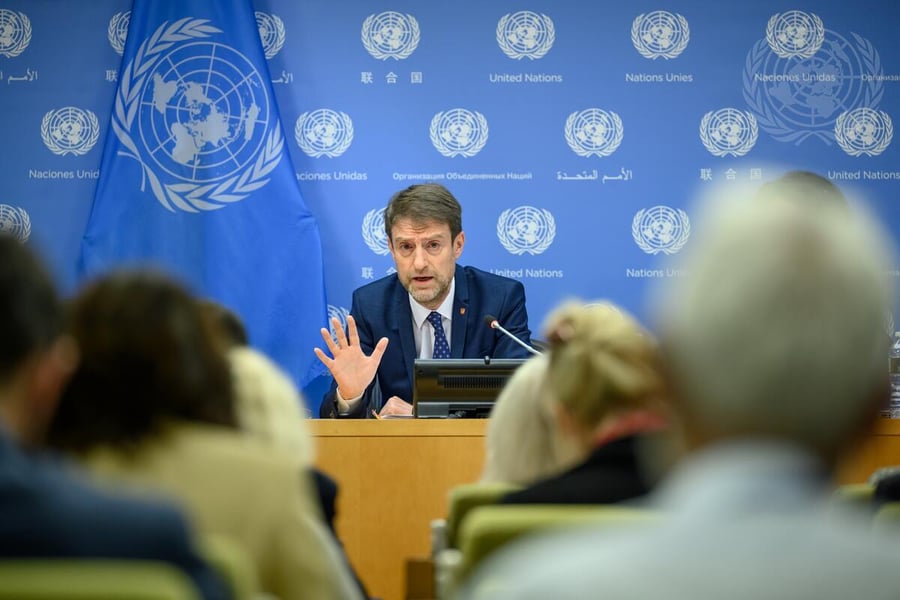 The UN Security Council has held an emergency meeting to discuss the situation in Gaza.

Aljazeera on Tuesday added several members raising concerns amid a fragile ceasefire between Israel and Islamic Jihad, a Palestinian armed group, after three days of Israeli air raids on the territory.

UN Middle East envoy, Tor Wennesland said; “The ceasefire is fragile. Any resumption of hostilities will only have devastating consequences for Palestinians and Israelis and make any political progress on key issues elusive."

Wennesland said that the UN’s assessment of the violence was ongoing, noting that some 20 percent of the approximately 1,100 rockets fired by armed Palestinian groups had fallen within the Gaza Strip.

Russian Ambassador Vassily Nebenzia also stressed; "The council was deeply concerned by this turn of events, which could lead to the resumption of a fully fledged military confrontation and a further worsening of the already dire humanitarian situation in Gaza."

At least 44 Palestinians including 15 children were killed after Israel began a series of bombardments of Islamic Jihad positions in Gaza on Friday.

Hundreds of people in the territory were also injured, according to Gaza’s health ministry.