UN To Intervene In #EndSARS Protests After 30 Days? 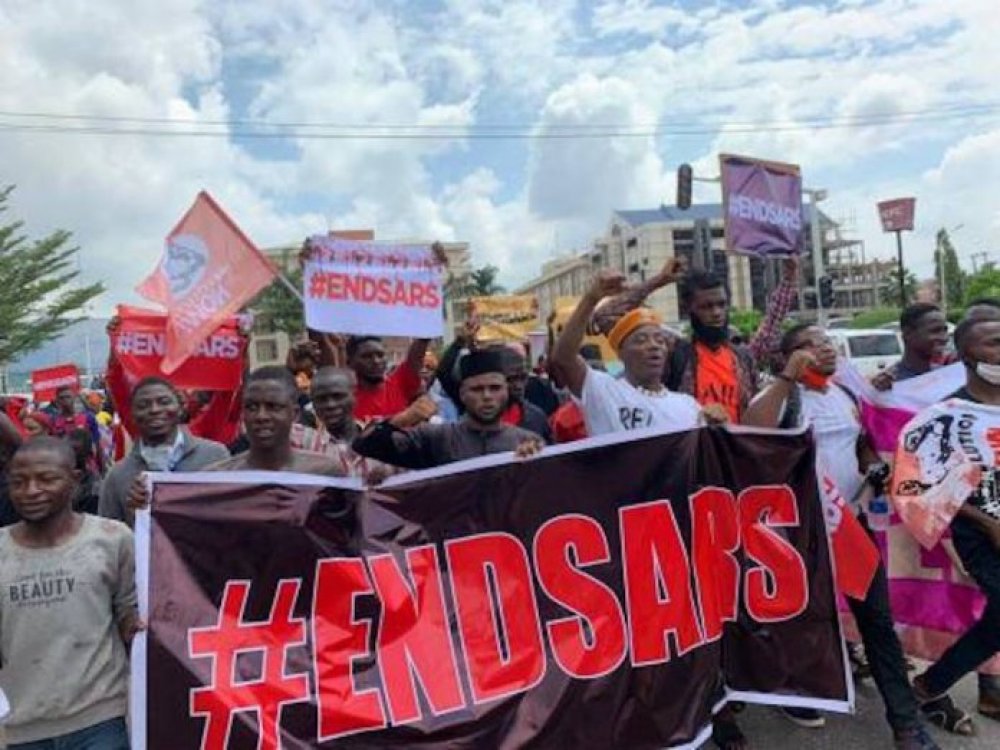 Over the weekend, a message was making the rounds on social media, detailing the period the United Nations (UN) needs, before it allegedly intervene in a country where protests have been going on.

The post stated that the UN needs a 30-day period before it can intervene.

In a tweet, Harvey Funmilayo, a United Kingdom-based Nigerian doctor and Twitter influencer with over 200,000 followers said the UN cannot intervene in a country if protests have not exceeded 30 days.

“I just heard according to UN Constitution any protest that reaches 30days will make UN intervene in that country. The Nigeria govt knows this. Many young people don’t know it. EXCEPT the govt makes visible tangible immediate changes, #EndSARS protests MUST GO ON. Tell others,” Funmilayo tweeted.

I just heard according to UN Constitution any protests that reaches 30days will make UN intervene in that country.

The Nigeria Govt knows this.
Many young people don’t know it.

Although, Funmilayo deleted the tweet later, claiming that he saw the information in a now-deleted tweet by Falz, a Nigerian music artiste, and one of the major voices leading the protest.

Funmilayo claimed to have seen the information on Falz’s page, but wasn’t sure anymore, since the tweet was deleted by the singer.

“I will send you the actual source. It’s not Falz or me. I don’t want to post it here before it starts getting retweets again,” he tweeted

For real? @DrOlufunmilayo did you start this claim?

AllNews recalls that in recent times, the outcry against Special Anti-Robbery Squad (SARS), Mohammed Adamu, Inspector-General of Police (IGP), disbanded the police unit and formed another tactical unit called the Special Weapons and Tactics (SWAT) and President Muhammadu Buhari said the dissolution of SARS was a first step in improving the operations of the police.

However, the protesters refused to leave the streets, saying more concrete steps must be taken in reforming the police.

The major force behind the protest has been the social media, as coordination and dissemination of information are done there, but are all the information on the protest correct?

The UN does not have a “constitution”, but a charter. According to article 2 (7) of the purposes and principles of the organisation, as contained in the charter, the UN does not intervene in matters of domestic jurisdiction of any country.

“Nothing contained in the present Charter shall authorize the United Nations to intervene in matters which are essentially within the domestic jurisdiction of any state or shall require the Members to submit such matters to settlement under the present Charter; but this principle shall not prejudice the application of enforcement measures under Chapter Vll,” the document reads.

The UN deals with matters related to the maintenance of international peace and security, which are being dealt with by the organisation’s security council.

Hence, the claim that the UN will intervene in any country where a protest extends for a 30-day period is FALSE.