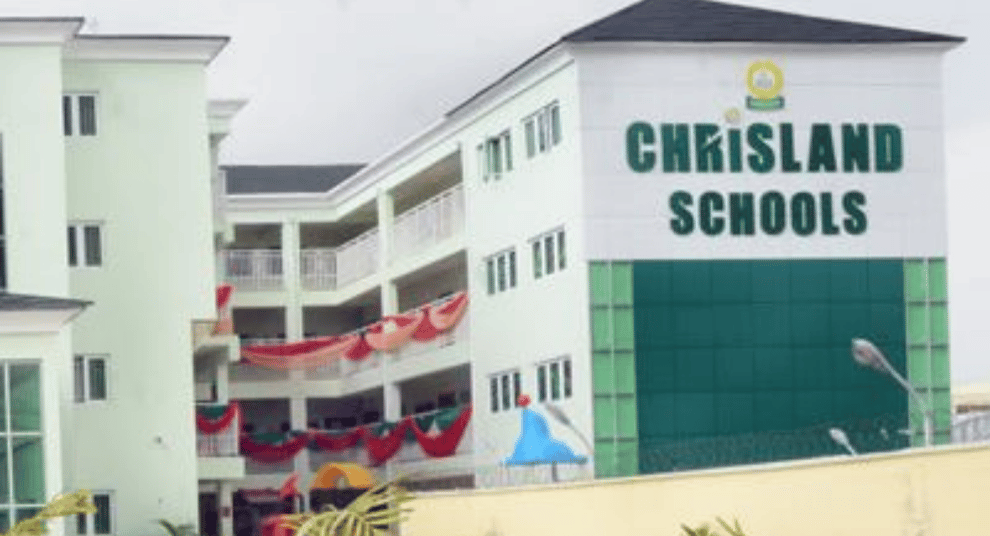 The management of Chrisland Schools, Lagos State, has reacted to the pregnancy test allegedly conducted for its 10-year-old student involved in a sex scandal.

According to a statement by Akin Fadeyi, a member of Chrisland Schools advisory board, the school insisted it was a COVID post-travel test.

“We are proud to reassure our stakeholders that no rape of anyone or the administration of a pregnancy test on any child took place on our watch.

“For emphasis, only a COVID post-travel test was conducted on the returning delegation of our students, in compliance with COVID-19 travel protocols, at the Life Centre Medical Services on March 21, 2022 at School Hall, Opebi.

“This was through the nose swab test as consistent with COVID-19 health protocols. We trust that this can be verified at the source provided.

"To insinuate that a pregnancy test was carried out on a student, for whatever reason therefore, is a highly unfortunate conjecture", the statement reads.

Chrisland is not new to sexual controversies. In 2018, a court convicted a 46-year-old teacher of the school, Adegboyega Adenekan, for raping a two-year-old female pupil.

The latest sex controversy was made known to the public hours after Ubi Franklin broke the news by posting a video of the mother of the female minor narrating how the school concealed the matter from her.

The mother said a parent who had seen the explicit video had informed her.

The woman, who didn’t mention her name, said she got a call from the school headteacher, G.I Azike, to come to the school.

“When I got to the school, I met her with two other women in her office. And one introduced herself as Mrs Kemi, I can’t remember her surname,” she said.

“They said they came from Chrisland headquarters. That they wanted me to know that my daughter whom I left in their care, who they took to Dubai.

"That she had a kiss with a boy and the boy also kissed her and that they found out that they got the kissing thing from Truth and Dare. So, I said okay…”

The woman told the school that she was going to seize her daughter’s phone following the report to prevent further a recurrence.

“I asked if there was anything else, they said no,” she continued

She further said that they advised her not to disclose the discussion to her husband by Mrs Kemi.

According to her, about two to three weeks later, the school management invited her again, this time to a virtual meeting with the board of directors.

“He was speaking in parables. At a time, I had to ask what are you people discussing? He now said no, that he just wanted to do a follow-up to ensure that I have withdrawn…(name withheld) phone to check in how she is doing.

“I said she is fine. He now made a comment that when it happened. I said sir, what happened. He said…(name withheld) did not tell you? I said she didn’t tell me anything.”

The mother said that after pestering the management without result, the meeting ended.

Two days later, a parent from the school called her to inform her about “what is trending in Chrisland, that all the parents are aware.”

“So, immediately I informed my husband. Look at what is going on, then we began to call Mrs Azike, she refused to pick up her call.

"I called her more than 20 times and she didn’t respond to the call but later I think she spoke with my husband and she said that she didn’t know anything if such a thing existed,” the mother said.

The woman, thereafter, said she asked her daughter and she confessed to her that Mrs Azike has “threatened her not to speak out.

So, she narrated how it happened, how they abandoned them in the hotel, and how she got into this thing.

“So, even on our behalf, they have been having meetings, they have been sending delegates from their headquarters to have meetings with my daughter without my consent. I was not aware. We were not informed.”