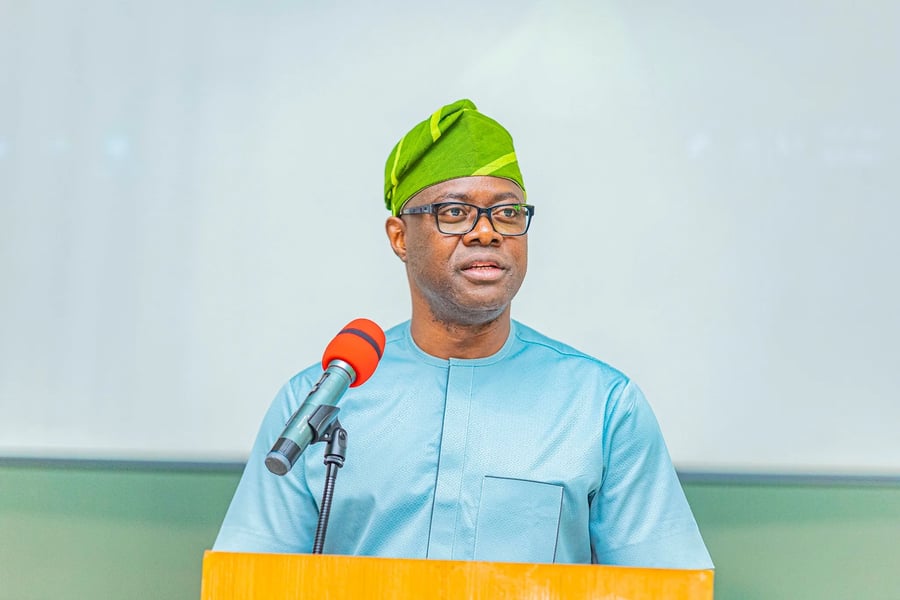 Christiana Itunuoluwa Joel, a 200-level Law undergraduate at the University of Ibadan, has called on the ‘Seyi Makinde-led administration to fulfil a failed promise of the past administration of the state.

Joel in a Facebook post on Tuesday stated that the Ajimobi-led-tenure has failed to redeem its publicly declared promise of scholarship for her undergraduate study.

Joel in 2018 and at the age of 18 years emerged as the best female student in the West African Examination Council (WAEC) examination in Oyo State.

“On the 29th of November, 2018, at the Gala/Award Night of a Summit organised by the Oyo State Officials’ Wives Association (OYSOWA), spearheaded by the former first lady of Oyo State, Chief (Mrs) Florence Ajimobi, I was recognised and given an award of academic excellence being the best female student in the 2017/2018 WASSCE within Oyo State from a public secondary school.

“The Oyo State government under the administration of the Late former Governor Isiaq Ajimobi, awarded me a full scholarship to study Law at the University of Ibadan.

“Ironically, since then, the scholarship has not been effected. I have not received a dime from the Oyo State government.”

She claimed that she had written letters of appeal and submitted them to the Ministry of Education, the Office of the Executive Governor, and the Scholarship Board, all to no effect.

She lamented how the delay had been a great discouragement, not just to her but to other hardworking students in the state.

Recognising the performance and diligence of Governor Makinde, Joel appealed that he redeems the scholarship pledge to her.

“With a perfect blend of class and elegance, this is to draw the attention of Governor Seyi Makinde to his age-long legacy and prompt response to the activation of my scholarship.

"The achievements of Governor Seyi Makinde in the education sector are visible to the visually impaired, audible to the deaf, and even the dumb speak of its undeniable impact. Such achievements stand clear as day, firmly prominent like the Rock of Gibraltar," she stated. 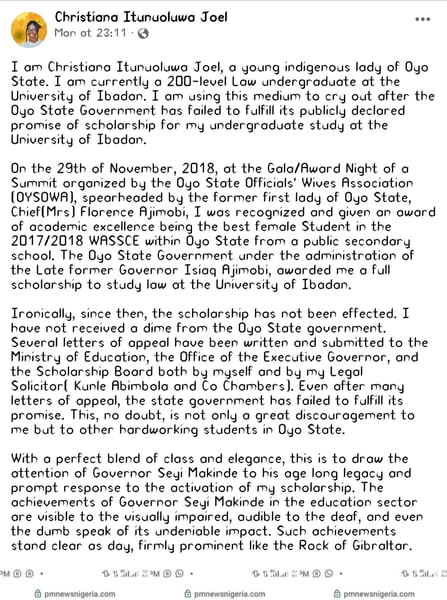