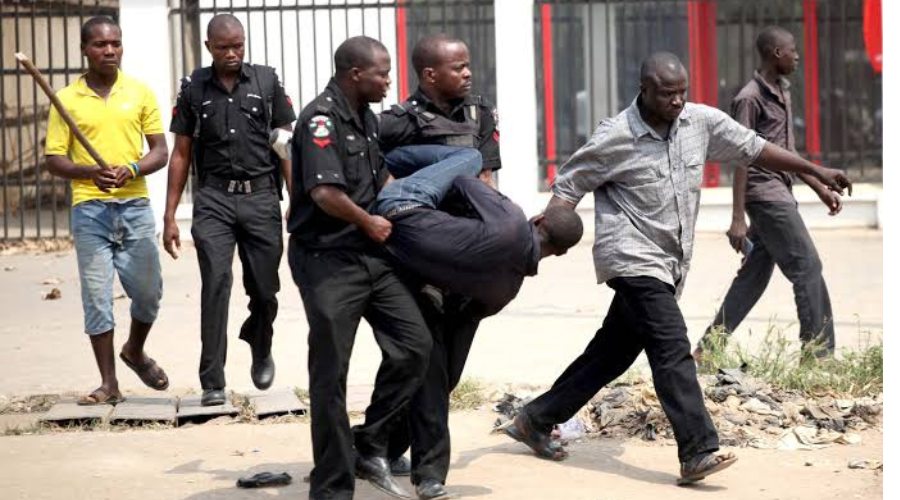 An unemployed man, Samuel Dung, has been apprehended and made to appear before the Upper Area Court in Karu, Abuja for allegedly swindling a village chief and 99 others in a fake money doubling investment deal.

Dung, 36, who lives in Phase 1 Extension, Jikwoyi, Karu is facing one count charge of cheating.

He is accused of swindling the Chief of Jiwape Madaki community in Nasarawa State and other villagers of ₦‎52,500.

The prosecutor, Ade Adeyanju told the court that the matter was reported at the Jikwoyi Police Station by one Asabe Musa of Jiwape Madaki, Nasarawa State.

Adeyanju told the court that on October 15, the defendant brainwashed the complainant and 99 others including the community chief to invest ₦‎500 each and get ₦‎1,000 interest within a week.

The prosecutor said that the defendant collected ₦‎52,500 from them and since then, they had not gotten any returns from him.

The offence, he said, contravened the provisions of Section 322 of the Penal Code.

When his plea was taken, Dung pleaded not guilty to the charge.

The Judge, Hassan Mohammed, admitted the defendants to bail in the sum of ₦‎100,000 with one surety in like sum, who must be living within the court’s jurisdiction.

Mohammed ordered that the surety’s address must be verified by a court officer and the police.

The judge also ordered that the sum of ₦‎20,000 be deposited as part of the bail condition.

The case was  adjourned till December 1, for hearing.