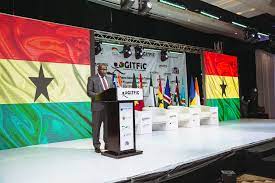 The Ghana International Trade & Finance Conference (GITFiC) has predicted a drop in unemployment to 4.4% this year.

The organization said this in its "annual economic outlook presentation" to the press, which contained its economic review of the past years in comparison to its objective expectation for the economy of Ghana for the year 2022.

The GITFiC, which still stands out as one of the very few indigenous economic think tanks in Ghana, took a critical assessment of the major economic parameters of the country.

In its assessment, a close examination of the Gross Domestic Product (GDP), unemployment situation, debt-to-GDP ratio, and inflation rate were looked at.

Since the COVID-19 epidemic came into relevance in the year 2020, major economic parameters that were recording positive growth numbers stumbled.

Unemployment rose to as high as 4.53% due to companies closing businesses because of a drop in demand created by the COVID-19 pandemic.

The inflation rate also shot up as the consumer price index rose to a high of 10.8%, the fifth-highest in the West-African region behind Liberia, Sierra Leone, and a host of others, while the debt to GDP ratio stood at 71.8% for the year 2021.

A historical assessment of the economic framework of Ghana showed that the country was moving in a positive direction before COVID-19 struck.

The Gross Domestic Product (GDP) captures all economic activities carried out within the domestic boundaries of the country. "Ghana’s real GDP in the first quarter of 2020 was GH¢43,999.5 million.

Employment/Unemployment – this is another key factor in assessing the health of any country. Unemployment occurs when people who are of working age are capable of working and willing to work but are unable to find suitable paid employment.

A higher level of an economy’s debt reduces its economic growth and its ability to improve the living standards of its people as the much-needed infrastructure that is capable of making a positive impact will not be available.

Inflation, which is measured via the consumer price index (CPI), revealed growth of 10.8% and 10.1% for the third and fourth quarters of 2020, respectively.

A revival of economic activities in the country shows how much business activities have gathered enough energy to have the potential to cause the needed recovery.

The fiscal and monetary stimulus implemented to help drive economic growth have started to yield some positive results, especially when you consider the downturn caused by the COVID-19 virus.

In summary, the organization expects the GDP to grow between 4.9% and 6.3% due primarily to the increased revenue contribution of the extractive sub-sector (oil and gold), cocoa, and a stable situation with electricity supply.

Employment: Employment is expected to fluctuate between 4.1% and 4.4% in 2019, owing primarily to the positive results of many government policies aimed at not only reducing government administrative overhead but also creating jobs in key areas of the economy.

The government had designed and implemented several agricultural policies aimed at increasing agriculture's contribution to GDP and foreign direct inflow.

The National Climate-Smart Agriculture and Food Security Action Plan is one such policy aimed at achieving this.

Debt to GDP Ratio: The government has been making frantic efforts to address this growing challenge. The organization forecast a reduction in this figure to around 2% and 3% of debt to GDP, as national programs that resulted in this increase have been jettisoned in favor of adopting a more local solution to help address this debt to GDP problem.

However, we anticipate that experts in the field will learn from their experiences about how to reduce the cost of government financing the policy through internally generated funds, in addition to other policies to limit borrowing power."

Inflation: GITFiC expects a further reduction in inflation given that 2021 saw a reduction showing considerable revival from the pandemic shocks internationally and domestically.