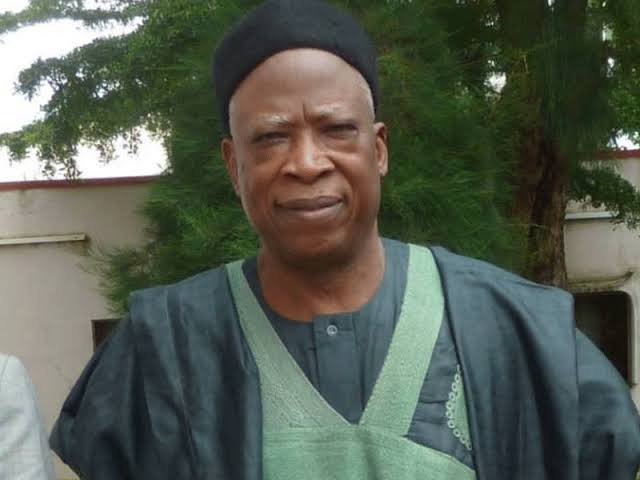 The Ruling All Progressive Congress’ National Chairman, Senator Abdullahi Adamu has asked Nigerians to stand against terrorists and saboteurs.

Reacting to the recent shocking Abuja-Kaduna train attack on Monday, the former Nassarrawa State Governor in a statement on Wednesday described the attack as brutal, and barbaric.

“I strongly condemn this attack. It was brutal, barbaric and it further delineates the extent to which some enemies of the land will go to sabotage the good efforts of the government in making Nigeria safe for all”.

“I wish to call on Nigerians to look beyond this devilish attack. It’s the work of saboteurs, rebellious subjects and enemies of peace. Rather, we must unite against those who seek to destroy civilization and our democracy”.

He then mourned the deceased victims of the attack and condole with their families.

Terrorists on Monday bombed the Abuja-Kaduna bound train, in what proved to be a well-planned attack.

A yet to be ascertained number of persons were killed, many injured while others are still missing.

Meanwhile, the Nigerian Railway Corporation (NRC) has commiserated with passengers on board its AK9 train on March 28 that was attacked by terrorists.

In a statement, Fidet Okhiria, NRC’s Managing Director, expressed regret at the lives lost due to the attack, while praying for the quick recovery of injured persons.

”The NRC deeply commiserates with all the passengers on board the NRC Ak9 train of March 28, their relatives and friends, the Government and people of Kaduna State and the Federal Capital Territory as well as the entire nation.

”In particular, we regret the death of eight of our passengers and security personnel attached to the train service, as well as the injury suffered by scores of our passengers, not to mention the trauma caused them and crew by the armed attack.

”We also earnestly pray for the speedy recovery of injured passengers, while praying that God grants the families of the bereaved, the fortitude to bear the loss,” Okhiria said.

The NRC boss, however, implored members of the press, social media sites, and the general public to desist from spreading false information at this delicate time.