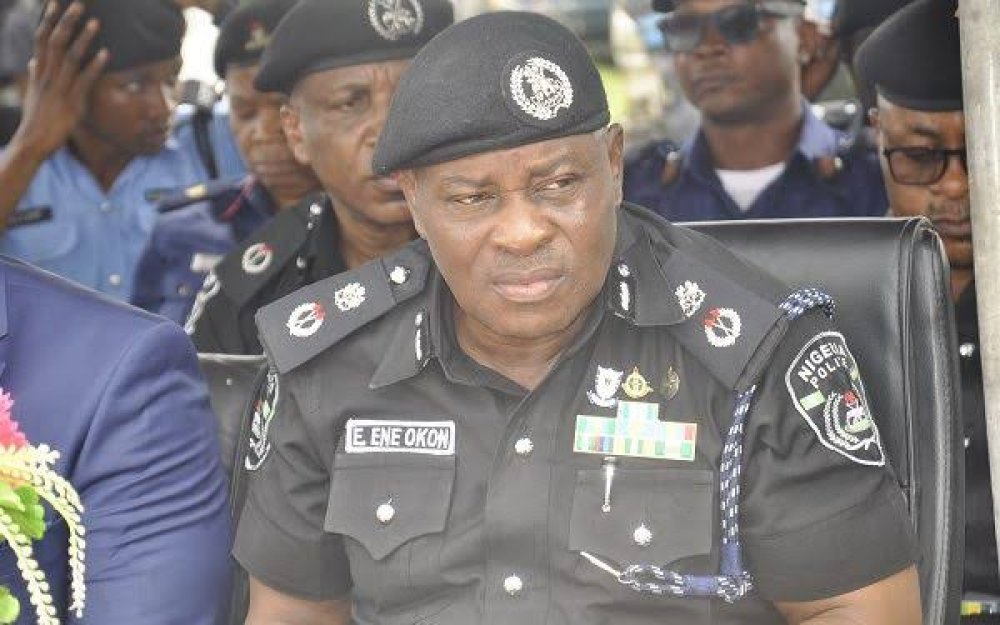 The Coalition of South-East Youth Leaders (COSEYL), the umbrella body of all the youth organizations in the South East geopolitical zone, has expressed its pleasure with the deployment of a new boss at the Police Zonal Headquarters, Zone 9, Umuahia, Abia State. The man at the helm of affairs is Etim Ene Okon.

On resumption of duty last month (April), AIG Okon vowed to stop incessant attacks on police formations in the zone.

He promised he was going to expand the same strategies he adopted while he served as the Commissioner of Police, Abia State.

Okon said with the expansion of the strategies, he would ensure that the three commissioners of police under the zone would adopt same in combating crime.

“I’m conversant with the area I’m supervising, the people know me and I know them,” Okon was quoted as saying by Vanguard.

Okon was Abia State Commissioner of police until last year (2020) when he was redeployed to the Force headquarters, Abuja.

On December 2021, Okon was promoted to the rank of AIG and posted to Zone 12, Bauchi.

After about three months in Bauchi, he was transferred to Zone 9, Umuahia, comprising Abia, Ebonyi and Imo states.

The Coalition of South East Youth Leaders, COSEYL, the umbrella body of all the youth organizations in the South East geopolitical zone is deeply grateful to the Acting Inspector General of Police, Ag. IGP Usman Alkali Baba for his foresightesness in appointing a tested and experienced and capable hand to man the affairs of the Police Zonal Headquarters, Zone 9, Umuahia, Abia State.

This wise deployment by the acting IGP is a clear indication that he is simply out to nib crime in the bud as he had said.

It is unfortunate that the country is presently faced with serious security challenges - at ever part - that have sent some investors parking while making willing and intending investors to abort such an idea entirely. But with the present steps so far taken by the Acting IGP in reorganizing the security architecture of the country, we are confident that the present security challenge, especially in the South East, will soon be a thing of the past.

Ladies and gentlemen, one of major key strategies of winning the war against insecurity and terror - whether domestic or transborder - is putting those with experience of the coordinates of the area to be secured in position to man and secure such areas. The South East zone, hitherto, was known as a very peaceful area relatively, but suddenly things took the worse turn as against the status quo ante. With the current trend and trajectory, it is only someone who knows the terrain very well can give us the desired results without much ado. This is were AIG Okon, in all fairness, comes in.

When Okon was the Commissioner of Police in Abia State, he dealt with criminal elements as crime was drastically reduced to the barest minimum. The state was too hot for criminals that they have to relocate elsewhere.

It is on record that there was no any incident of bank robbery when he held sway because, he foiled and thwarted every attempt or plot to do so. Why was it easy for him to seize initiative and preempt such plots? Because he is a man whose professionalism in security hinges on intelligence.

Okon was not a police officer that stayed in the confines of his office enjoying the cozy air and comfort of his air-conditioned office. Instead he went to the field with his officers to combat and arrest criminals. This was the strategy he used to boost the morale of his officers and men who seeing him in the theatre and sector had their best to give. He was a man of discipline, intelligence and order and these mean much to him.

May I remind this August assembly that Mr. Etim Ene Okon redefined the office of the commissioner of police during his commissionership. He saw everyone first as human and then a Nigerian with no biases, unlike those in the uniformed services kept and paid by taxpayers money who consider other citizens outside the security agencies as "bloody civilians".

He abhors corruption, indiscipline and inefficiency as a result-oriented officer of the federal republic.

He was a man anchored on the principle of integrity and honesty which remain to date his stay and work ethics. Okon Ene, it is known, dislikes intimidation, victimisation and harrassment of any kind; a true definition of professionalism. He was admired vertically top-bottom by all commissioned officers down to the rank and files as available records show.

He answered his calls at anytime of the day, even at midnight hours, to attend to security matters, as he understood his work as the watchman of his charges. His phone lines were, for this reason, always available daily, never sleeping nor slumbering.

If familiarity indeed makes the work of fixing insecurity easier, then we are not in any way far from achieving our desired goals of having a regional sustainable lasting peace and security in the South East. Ours, as a youthful coalition, will now take the form of appeal.

Since we are lucky to be favoured by this security rejig with Okon Ene posted here, it behoves all stakeholders to work with him, assist him to get this job, which we are sure he is capable of doing. We call on youth, parents, traditional and religious leaders and leaders of various guilds and association to co-operate with the man who has shown his expertise before. This should be a task for us all today to assist him in whatever way we can to achieve regional peace so that life returns to normal in our region; desperate times need desperate measure.

To this end is COSEYL committed towards ensuring regional peace so that our people can do their legitimate businesses and go about their jobs having no fear because with the Sheriff in town, it will never be business as usual for criminals and hoodlums. This journey has begun and we as a Coalition are willing to go it every mile till peace is reached, we therefore say thanks for your time.