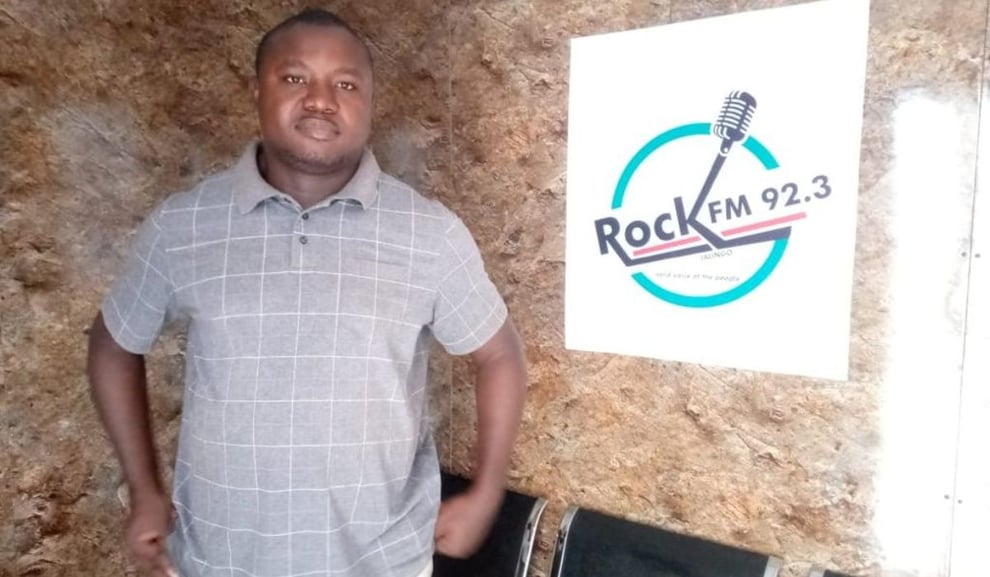 The Coalition of Journalists of Conscience (CJC) has called for the release of Oloye Ayodele Samuel- the publisher of Taraba Truth and Facts and CEO of Rock FM 92.3 Jalingo.

CJC demanded the Nigerian Police Force, the Commissioner of Police Taraba State Command and the Taraba State Governor, Arc. Darius Ishaku to honour the ruling of the court ad free its member.

According to a statement signed and issued by the group's secretary, Akinwale Kasali, Samuel was on Tuesday, November 29, unlawfully remanded at the Taraba State Police Command even though the bail conditions were met.

“Ayodele Samuel was arraigned at a magistrate court in Jalingo, presided by his lordship, Garba S. Garba on a two-count charge of defamation and injurious falsehood.

“The charges were filed against him by the Gov. of Taraba State, Darius Dickson Ishaku, through the office of the Attorney General of the state.

“It comes as a reaction from nurtured grievance over a publication on page 5 of the Taraba Truth and Facts Newspaper, dated September 17, 2022, with the title "Taraba for Sale".

“The publication alleges a possible sale of the Taraba state-owned Mambilla Beverages Company and state properties, including the liaison office in Abuja, in which similar publications had appeared on other prominent Nigerian media prior to the publication on Taraba Truth and Facts without rebuttal,” the statement read.

The statement added that Samuel had pleaded not guilty to the charges after which his counsellor applied for his bail successfully.

Ten million naira fee and two sureties residents in Jalingo who have landed properties worth five million naira each with about 12 persons agreeing to the surety, including two pastors.

It remains unclear why the publisher is still in confinement despite meeting the ball conditions.

The Magistrate Court Registrar disclosed that the case has been transferred to the State High Court.

“Our investigation revealed that the State High Court intend to foot-drag the hearing of Ayodele’s case and keep him in detention even beyond December.

“We are calling on the Attorney General of the Federation, the Inspector General of Police, Nigerian Police Force, Nigerian Union of Journalists, NUJ to wade in to forestall this daylight attack on press freedom and of course the right of every Nigerian to live and do business legally anywhere in the Country.

“Prior to the arraignment Ayodele Samuel had honoured two police invitations over separate petitions from the Taraba state government and has conducted himself with regard for law.

"Thereafter Mr. Ayodele had raised alarms that government agents have tapped his call lines and are tracking his movements.

“Sources have claimed that Governor Ishaku has not been able to reconcile with the reality of someone from a different region of the country having significant impact on the media in the state.

“It has also been heard that on some occasion the Governor spoke of the publisher with disdain, even at the state house of assembly when he ought to be defending the State 2023 budget.

“Accusing and maltreating someone who should have been recognised and honoured as a pacesetter for establishing the first private radio station amidst his numerous achievements in Taraba state is shameful and we are calling on the government and its agents have a rethink and obey the court verdict," it added.