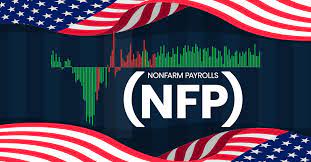 Reports coming from the US Bureau of Labor Statistics show that the US economy added a meagre 199,000 jobs in the month of December, 2021.

This figure falls well below the market forecasts of 400K.

This was revealed in the non-farm payrolls released around 13:00GMT today.

According to a report from TradingEconomics, employment continued to trend up in leisure and hospitality (53K); professional and business services (43K); manufacturing (26K); construction (22K); and transportation and warehousing (19K).

“The impact of the rapid spread of the omicron coronavirus variant on the labour market is still uncertain as the December report covered the first two weeks of the month only, before the worst of the spike that began heading into Christmas.”

Consequently, the strength of the US dollar is connected to the job market report released by the US Bureau of Labor Statistics.

Investment analysts, Forex traders, and government officials in the West, especially in the US, always look forward to this report as a drop below the consensus figure can signify an increase in stimulus spending by the US government and vice versa.

For forex traders, this report can make or mar a trading account, as a fall below consensus will result in a weaker dollar against other currencies and vice versa.