US Government Commits To Promote Free Press In Nigeria 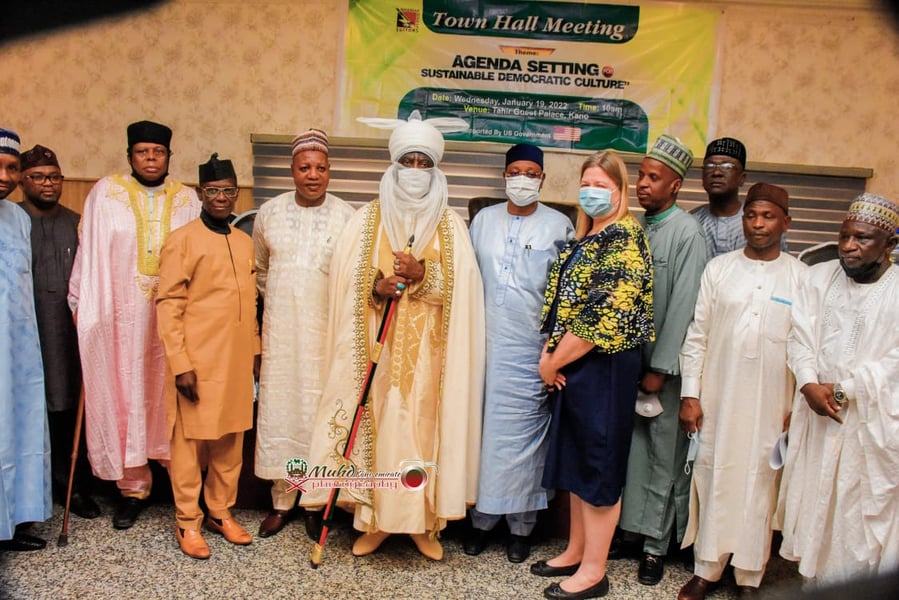 The townhall meeting was graced by seasoned journalist, Kano state Emir and others

The United States Government says it will continue working with Nigeria to promote democratic values through access to accurate, unbiased information for citizens to make informed decisions in electing representatives.

The United States Mission's spokesperson in Nigeria, Jeanne Clark observed the North-West Town Hall meeting on agenda-setting, organized by the Nigerian Guild of Editors held at Tahir Guest Palace in Kano on Wednesday, where she confessed that getting things done in a democracy is not always easy.

The envoy noted that the many challenges Nigerian journalists face, from low salary payment schemes to lack of professionalism in doing the job needs to be solved.

She added that the United States would work with global partners to fight for increased transparency and accountability, as plans to renew actions and commitments in areas such as bolstering free and independent media, fighting corruption, defending free and fair elections are underway.

Speaking also, Kano State Commissioner for Information and former president of the guild, Muhammad Garba, advised the current leadership of the Guild to revisit the media enhancement bill that was promoted during his tenure, as it would help overcome most of the current challenges affecting the industry.

Also speaking at the event, the Emir of Kano, Alhaji Aminu Ado Bayero tasked journalists to promote content that would develop the country, not tear it apart, adding that the role of the journalism professionals cannot be overemphasized.

The town hall meeting organized by the Nigerian Guild of Editors, and supported by the United Nations Agency for Development (USAID) was held with some selected editors and journalists in the North-West region of the country.