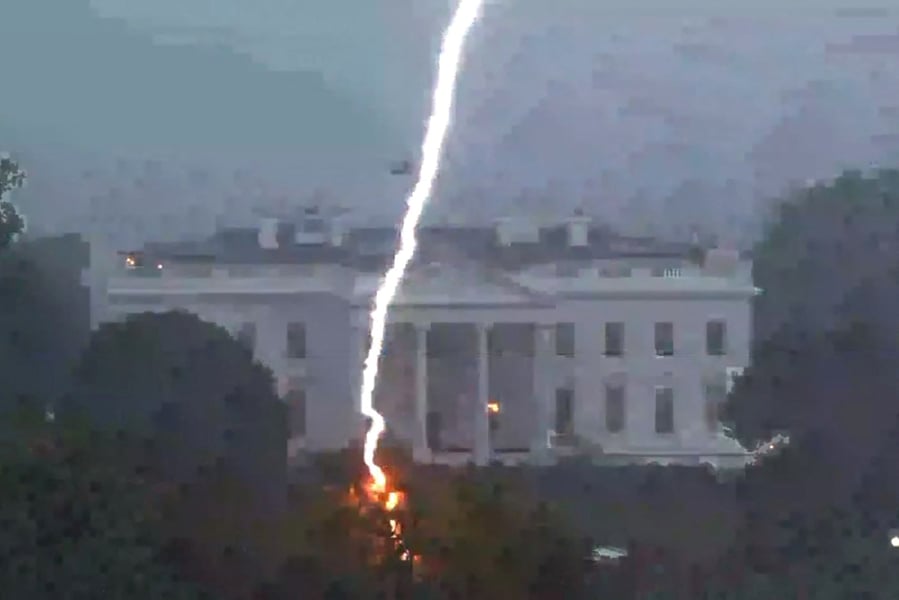 A lightning strike killed two people and injured two others near the White House in Washington, DC.

Aljazeera on Friday reports the Washington Metropolitan Police Department saying James Mueller and Donna Mueller died of their injuries after the lightning strike in Lafayette Park, directly outside the White House complex.

DC Fire and EMS had said that US Park Police and uniformed Secret Service agents, who are tasked with protecting the White House, had helped render aid to the victims after the lightning strike.

White House press secretary Karine Jean-Pierre said in a statement; “We are saddened by the tragic loss of life after the lightning strike in Lafayette Park.

“Our hearts are with the families who lost loved ones, and we are praying for those still fighting for their lives.”

Scientists say that climate change is increasing the likelihood of lightning strikes across the United States.

Beyond the United States, researchers have reported evidence that lightning strikes are also shooting up in India and Brazil.