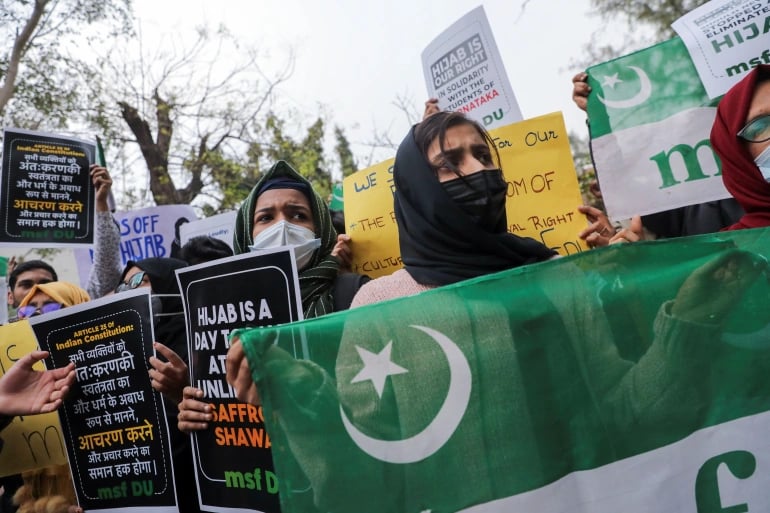 A United States official has condemned the controversial banning of the hijab at schools and colleges in the Indian State of Karnataka.

Rashad Hussain, the U.S. ambassador for International Religious Freedom, said in a post by Aljazeera on Saturday that; “The hijab ban would stigmatize and marginalize women and girls.”

“Religious freedom includes the ability to choose one’s religious attire. The Indian state of Karnataka should not determine the permissibility of religious clothing. Hijab bans in schools violate religious freedom and stigmatize and marginalize women and girls.”

On Saturday, India’s external affairs ministry replied by stating; “Our constitutional framework and mechanisms, as well as our democratic ethos and polity, are the context in which issues are considered and resolved. Motivating comments on our internal issues are not welcome.”

The dispute over the hijab ban erupted last month, when a group of Muslim students protested after they were banned from entering their college because they were wearing hijab.

Also, on the issue, Nobel Prize winner, Malala Yousafzai on Tuesday urged Indian leaders to stop the marginalization of Muslim women, as she said; “College is forcing us to choose between studies and the hijab.”