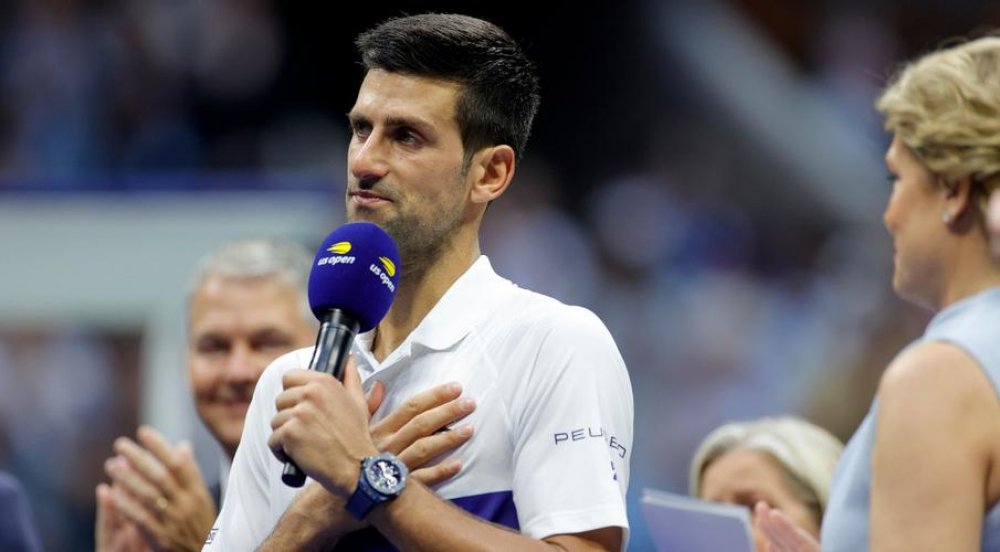 Novak Djokovic's loss in the U.S. Open final on Sunday denied him a calendar-year Grand Slam but the Serbian world No. 1 says he was just 'happy' his chase for perfection was finally over.

Djokovic was left in tears after his taxing bid -- both physically and emotionally -- to become the first man since 1969 to win the year's four Grand Slam ended in a surprisingly one-sided loss to Russian second seed Daniil Medvedev.

"Relief," the 34-year-old Djokovic told reporters when asked what his emotions were after the match.

"I was glad it was over because the build-up for this tournament and everything that mentally, emotionally I had to deal with throughout the tournament in the last couple of weeks was just a lot. It was a lot to handle."

From the outset, Djokovic was unable to match the level brought by Medvedev, who proved his mettle and got stronger as the match progressed except for a few late nerves while trying to wrap up his first Grand Slam title.

Djokovic admitted after the match that the time spent on the court this year ultimately took a toll and that he lacked his usual energy.

"My legs were not there. I was trying. I did my best. Yeah, I made a lot of unforced errors. I didn't have -- no serve really," said Djokovic.

"If you're playing someone like Medvedev who hits his spots so well, just aces gets a lot of free points on his first serve, you're constantly feeling pressure on your service games.

"I was below par with everything, to be honest. So just one of these days where, unfortunately, yeah, wasn't meant to be."

During the final changeover, with his hopes of a record 21st Grand Slam all but dashed, emotions got the better of the Serb who held a towel over his face and cried, clearly overwhelmed by the support he was getting from the New York crowd.

Djokovic, who has yet to earn the same level of admiration bestowed on his rivals Roger Federer and Rafa Nadal, said the tears were the result of a feeling he had never experienced before from the New York crowd.

"The crowd made me very special. They pleasantly surprised me. I did not know, I did not expect anything, but the amount of support and energy and love I got from the crowd was something that I'll remember forever," said Djokovic.

"I mean, that's the reason on the changeover I just teared up. The emotion, the energy was so strong. I mean, it's as strong as winning 21 Grand Slams. That's how I felt, honestly. I felt very, very special."