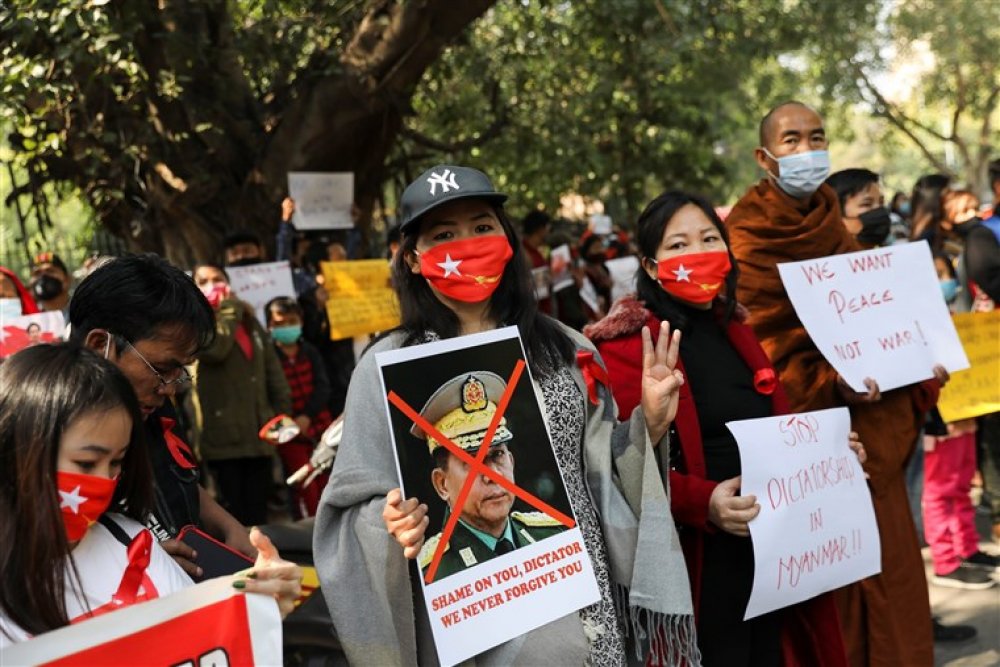 The United States on Thursday declared sanctions on the leaders of Myanmar’s military junta and several gem companies. The U.S warned that it would act further if the military continues with the use of violence against protesters.

A day after President Joe Biden previewed the sanctions, the Treasury Department said it was blocking any US assets and transactions with 10 current or former military officials who were responsible for the February 1 coup.

The targets are General Min Aung Hlaing, the new junta chief, who was already under the US sanctions over the brutal campaign against the mostly Muslim Rohingya minority.

The sanction also hit individuals, which were the military leaders named to a new cabinet such as Defense Minister General Mya Tun Oo.

“If there is more violence against peaceful protesters, the Burmese military will find that today’s sanctions are just the first,” she said.

The junta has increasingly voiced the warning of ominous to the anti-coup protesters, deployed tear gas, water cannon and rubber bullets, with isolated reports of live rounds being fired.

Antony Blinken, Secretary of State, l renewed the calls on the military regime to hand over power, restore the civilian leader Aung San Suu Kyi’s elected government, released all detained people over the coup and lift restrictions on communications.

“Today’s action sends a clear message of support to the people of Burma in their pursuit of democracy and human rights,” the Secretary of State said.

Noting that the designation of the three companies was because the military controls them.