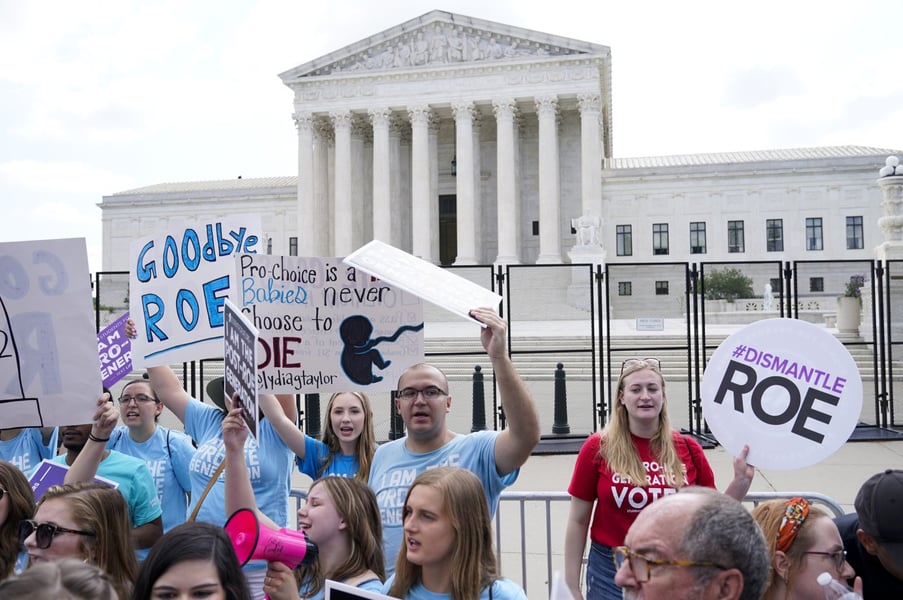 The U.S. Supreme Court has ended constitutional protections for abortion.

The ruling took place on Friday, more than a month after the leak of a draft opinion by Justice Samuel Alito indicating the court was prepared to take this momentous step.

The ruling is expected to disproportionately affect minority women who already face limited access to health care, according to statistics analysed by The Associated Press.

Mississippi is one of 13 states, mainly in the South and Midwest, that already have laws on the books that ban abortion.

Another half-dozen states have near-total bans or prohibitions after six weeks of pregnancy, before many women know they are pregnant.

More than 90% of abortions takes place in the first 13 weeks of pregnancy, and more than half are now done with pills, also according to data compiled by Guttmacher.

The Biden administration and other defenders of abortion rights have warned that a decision overturning this would also threaten other high court decisions in favour of gay rights and even potentially, contraception.

The Supreme Court ruling came with mixed reactions as the House Speaker Nancy Pelosi said; "This cruel ruling is outrageous and heart-wrenching.

"But make no mistake: the rights of women and all Americans are on the ballot this November."

Senate Republican Leader Mitch Mcconnell also said; "This is a historic victory for the Constitution and for the most vulnerable in our society. The decision is courageous and correct."

Former President Barack Obama also added; "Today, the Supreme Court not only reversed nearly 50 years of precedent, it relegated the most intensely personal decision someone can make to the whims of politicians and ideologues -attacking the essential freedoms of millions of Americans."