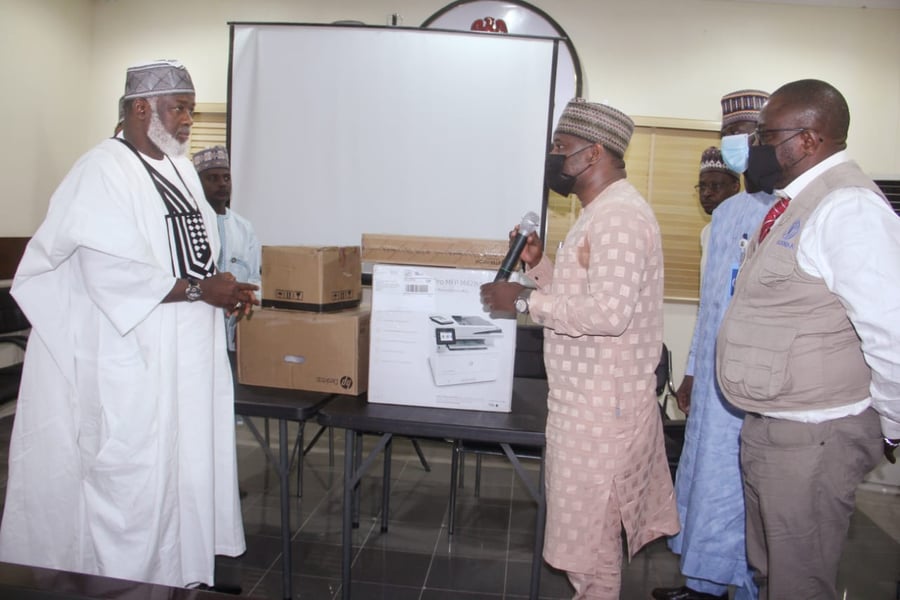 Kano State Governor Dr. Abdullahi Umar Ganduje has called on the Food and Agricultural Organization (FAO) of the United Nations to utilize the Fish modification centre in the state towards improving fish farming through its Fish for African, the Caribbean and Pacific Countries Project (FISH4ACP).

He made the call on Monday while receiving donations of equipment for data generation to Kano State by the FAO at the Government House, Kano.

Represented by his Deputy Dr Nasiru Yusuf Gawuna, the Governor said by utilising the fish modification centre there will be an increase in production of various fish seedlings, the value chain of fisheries and aquaculture in the State.

In a press statement issued by the Chief Press Secretary to the Deputy Governor, Hassan on Monday, he said the equipment donated by FAO,  will assist a lot in data generation and storage.

"Therefore I have directed the Ministry of Agriculture to give you all the necessary support needed to make the place ready,” he said".

He however expressed the appreciation of the State Government over the receipt of the equipment, adding that they will be fully utilised.

The head Of FAO Programmes in Nigeria, Dr Abubakar Suleiman while handing over the equipment to Kano State, said they are meant for data generation and storage and also for addressing issues of food security and agriculture.

He further said the equipment will also be used to tackle the problems of malnutrition and improve the agricultural development in the state.

He then pointed out that five states; Kano, Adamawa, Cross River, Lagos and Abuja through Sustainable development goals and the ministry of planning and budget are beneficiaries of the programme.

The equipment donated to Kano State by FAO include iPad tablets, desktops computers and printers.