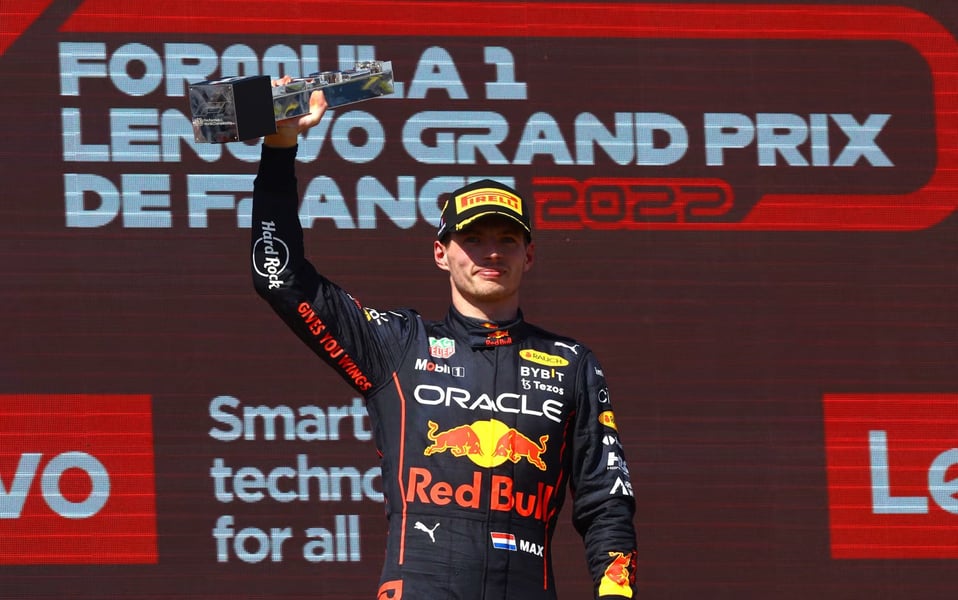 To the delight of a raucous mass of home supporters in a packed crowd at the Zandvoort seaside circuit, the 24-year-old Dutchman pulled out the fastest lap of 1:10.342 to top the times and secure his second successive pole on home soil.

It was the fourth pole this season and the 17th of his career for Red Bull's world champion and runaway series leader. He was also quickest in qualifying in Belgium last weekend, but he was unable to take pole due to a grid penalty.

Leclerc was second in 1:10.363 ahead of his Ferrari teammate Carlos Sainz, seven-time champion Lewis Hamilton of Mercedes and Sergio Perez, who crashed on his final lap in the second Red Bull.

George Russell was sixth in the second Mercedes ahead of Lando Norris of McLaren, Haas's Mick Schumacher, Alpha Tauri's Yuki Tsunoda and Lance Stroll of Aston Martin, who was unable to run in Q3 due to mechanical problems.

The session began in beautiful conditions with an air temperature of 24 degrees and the track at 39 and with a crackling atmosphere generated by the 'orange army' which formed the majority of the capacity 105 000 crowd.

The Haas drivers were the first out and the rest followed with everyone on slicks as the times tumbled with 'track progression' on the compact circuit in the North Sea sand dunes.

Verstappen demonstrated his pace by topping Q1 ahead of a rejuvenated Hamilton and Tsunoda third, as the boisterous spectators were warned again not to bring flares in or throw them on to the track.

The flare warnings were mostly heeded, but Q2 was delayed by a red flag when a flare was thrown on the circuit, spoiling the lap of Williams' Alex Albon, the only man on track.